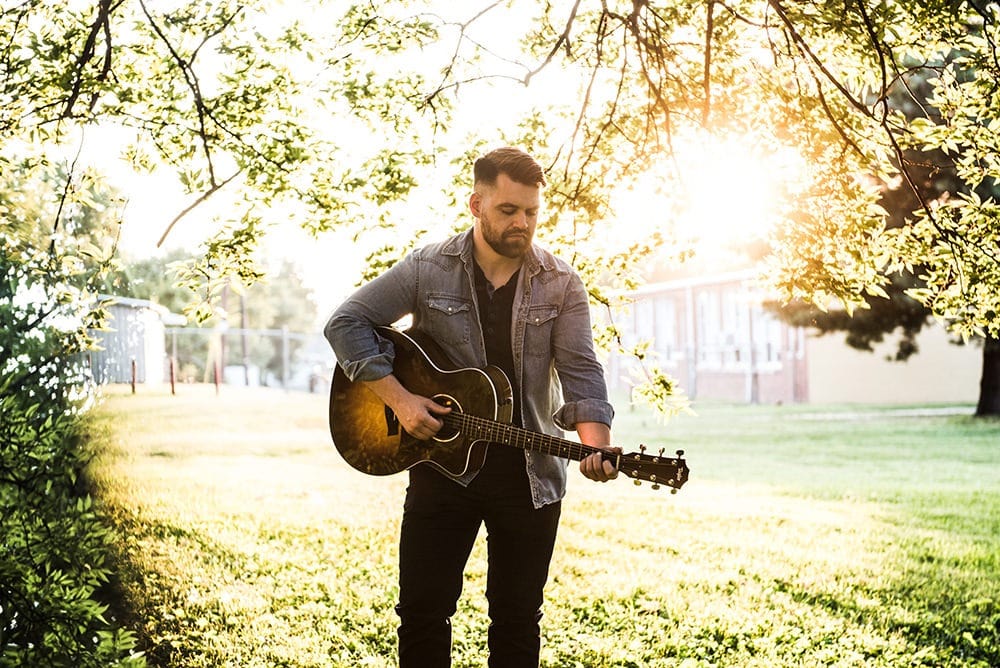 Just over a few months after the release of his previous single, “Shouldn’t Be This Hard” Greg Owens has shared his third single, “The Next 40.” Listen to the new track now below.

Speaking about the song he says, “I wrote “The Next 40” around the same time that I got engaged. I was excited to get married and be the best husband I could be and it inspired me to write this song. While this was a happy time, in true Greg Owens fashion, I gave the song a bit of a melancholy feel. I’ve always been slightly obsessed with time and how there’s nothing we can do to stop it. The best that we can do is to make the most of it, or in this case, find a companion that can help you make the most of it. When we were working on preproduction for this tune, I knew I wanted violin on the track. My friend Ash St. John was kind enough to lend his talents from where he lives in St. Paul, Minnesota. You gotta love technology! I really loved what it added to the song and I’m thankful that I’ve got such talented friends.”

Greg Owens grew up in a small rural town in West Tennessee just 80 miles North of Memphis. The youngest of four siblings, Greg often spent hours making mix tapes of their CD collections. Inspired by the songs of the nineties featuring The Smashing Pumpkins, Nirvana, and Alice In Chains, Greg started playing guitar and writing songs at the age of 10. By 16, he was packing out local dive bars. It was on that stage engulfed in cigarette smoke and the attention of the riotous bar patrons that Greg felt he had purpose.

Nearly two decades later, it is these influences that shape the sound of the pensive singer/songwriter’s music. Owens’ weathered voice breezes through confessional lyrics over equal parts earthy acoustic guitar and overdriven electric. Lyrically, his songs deal with themes such as, love, alienation, and coming to terms with change, whether it is good or bad. Although these are not uncommon themes, it is the authenticity of the songwriter’s lyrics that is unique. The compositions feel very lived in, as if Greg is inviting you into his life.