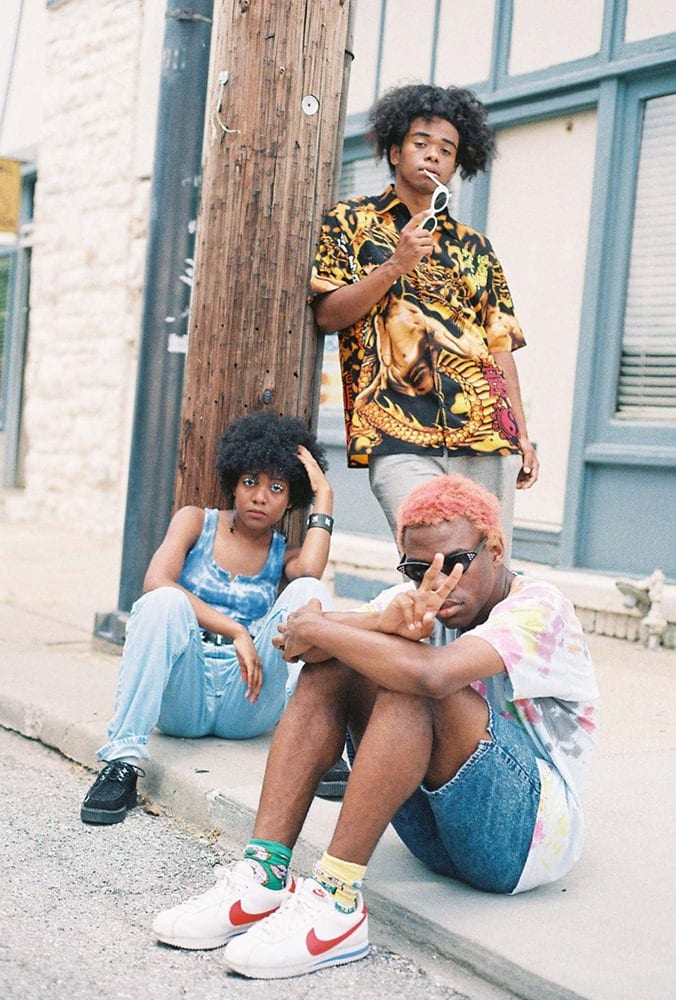 BLACKSTARKIDS have released their video for “BRITNEY BITCH,” the debut single from their forthcoming full-length, Whatever, Man, scheduled for release this year on Dirty Hit.

“We’re so excited to begin the Whatever, Man era and are thankful to everyone who has supported us in our journey so far,” the band shares regarding the next chapter of BLACKSTARKIDS.

Blending garage rock, synthpunk, and hip hop, BLACKSTARKIDS have created a blissful DIY sound with shimmering Gen-Z anthems, jangly guitars and pulsing drums. With a range of influences from Outkast, N.E.R.D, Smashing Pumpkins, Odd Future, and Weezer, the Kansas City outfit is ushering in a new wave of indie.

Receiving international praise from Rolling Stone in France, Coup De Main in New Zealand, and Alternative Press here in the United States by seamlessly creating an intersection of topical and timely nostalgia and currently relevant pop culture references that highlight both their depth as musicians and witty personalities.