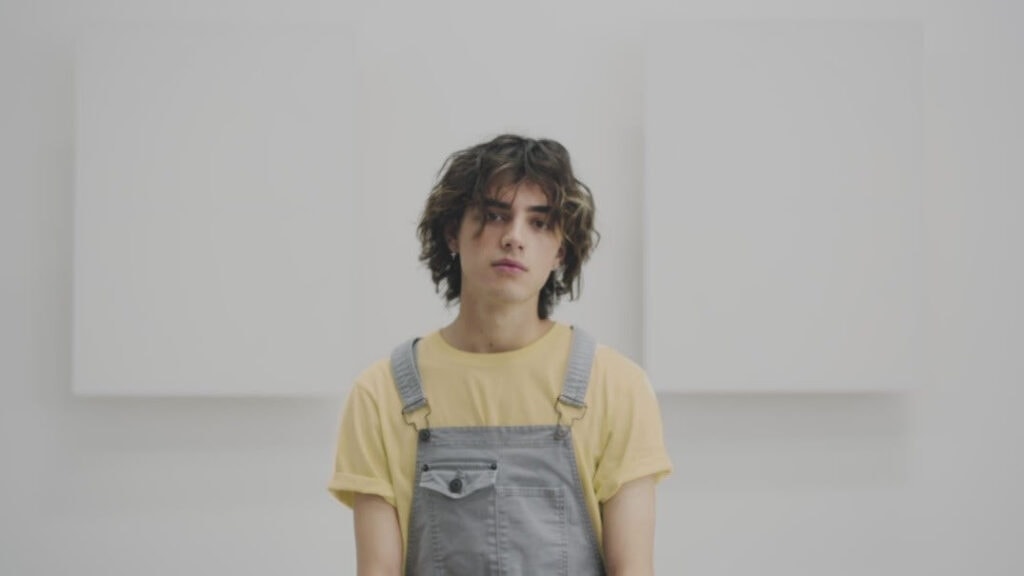 Jordan Suaste has released the official video for his debut single “Body.” The clip finds Suaste in a pristine gallery setting where four “statues” stand on pedestals. A placard accompanies each work of art yet instead of providing insight into the artwork’s creation, the captions detail hurtful comments, inspired by experiences shared by Suaste’s fans: “They say I’m too fat. They say I’m too thin. ‘You’ll never be good enough.’” After an intrusive photographer departs, they slowly come alive – ripping off the tape and netting that binds them. As Suaste’s performance reaches a crescendo, they exult in their freedom and find inspiration to create their own works of art. Watch the video, which was directed by Anastasia Lebedeva Delmark, below.

With the arrival of his debut singles “Body” and “Hookup Culture,” Suaste introduced a much-needed new voice into today’s pop landscape. On the strength of those DIY-produced tracks, the 19-year-old Salt Lake City singer/songwriter/multi-instrumentalist rapidly amassed a global following undeniably drawn to his detailed honesty —an element that goes beyond surface-level vulnerability to reveal rarely-spoken truths about self-image and self-worth.

Suaste has been writing songs since he was five years old. After dropping out of school at age 16, he continued working on his music, and soon started posting original songs on Instagram. As he pushed forward with his songwriting, Suaste linked up with musician/pianist Jake Ostler and Ostler’s friend Jaxon Garrick, a self-taught producer. Written by Suaste with production from Ostler and Garrick, “Hookup Culture“ was released in May 2020 and quickly drew attention for its bittersweet takedown of the toxicity in modern dating.

Just two weeks later, Suaste delivered “Body” and saw his audience grow exponentially—amassing over 50,000 YouTube subscribers in just over a month and crossing 500K TikTok followers—as fans instantly adopted its message of renewed strength and resilience. Thanks to the unstoppable momentum of his first two singles, Suaste has already built a devoted fanbase who’ve come to rely on their community as a uniquely safe space—a testament to his genuine open-heartedness, as well as his commitment to total transparency.

On the recently released “Body” (Acoustic), Suaste is accompanied solely by piano, showcasing his powerful vocal command. “‘Body’ is one of the most honest songs I’ve ever written,” Suaste explains. “It’s about overcoming the idea that no one will ever love me if I don’t look perfect and recognizing that we’re all so much more than our bodies. For a lot of people, it’s become an anthem of surviving sexual abuse, and I’m so grateful that it’s resonated with them in such a powerful way.”
Combined global streams of “Body” have now surpassed 20 million. The song has appeared on Spotify’s Viral 50 charts in 22 countries, reaching #3 in the U.S. and #8 on the Global Viral 50 chart. Views of Suaste’s “Body” TikTok post are nearing 12 million and the song has appeared on numerous playlists, including Spotify’s Pop Rising and Apple Music’s New in Pop.

Suaste is currently working on new music and moving forward with his mission of inspiring others to own their sensitivity, and fully embrace the beauty in being unapologetically yourself.