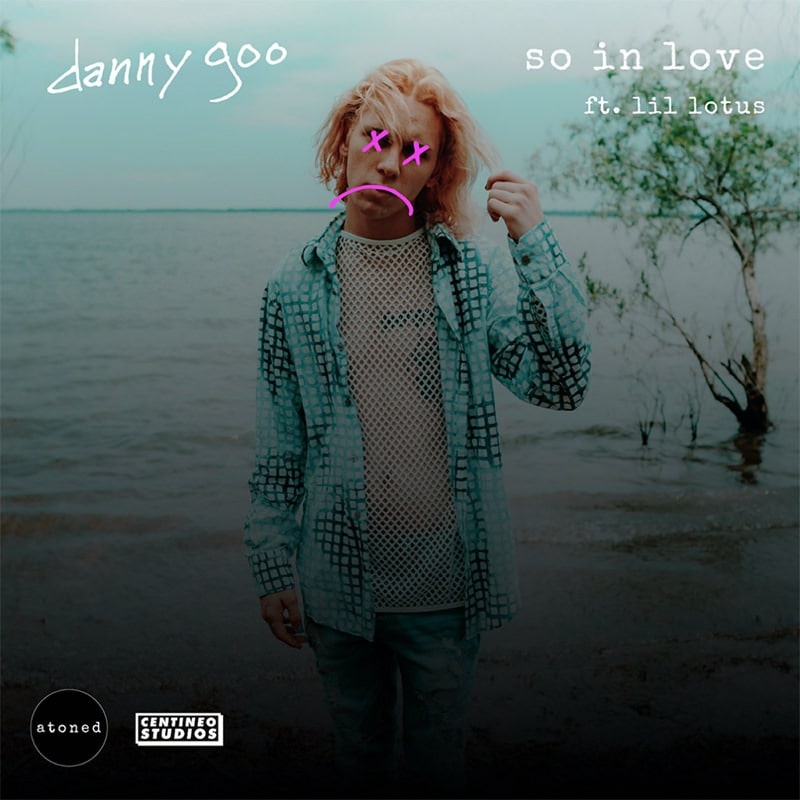 There’s something both otherworldly and immediately relatable about the atmosphere the Dallas native, Danny Goo conjures. Earlier this summer, Goo announced that his signing to Atoned Music, and now, he has released his new single, “So In Love” featuring Lil Lotus. Spin the track, produced by longtime collaborator, Jojo Centineo, here.

The track describes one-sided, painful, and lonely emotions that Goo was trapped in after an intense breakup, and the process he went through that helped him learn how to love himself again. He shares, “A breakup is like shattered glass, you can try to put all the pieces back together, but there will always be pieces that are lost, just out of sight, leaving you with an incomplete version of what you once had. ‘So In Love’ is about the pain and uncertainty that came with disconnecting from someone I cared about on a deep level, while also coming to terms with the fact that they’d already moved on.”

Listeners who discovered Danny via SoundCloud, Emo Nite, and on bills with Emotional Xan, Boyfriendz, and Sleye are the same dedicated listeners drawn to artists such as Lil Lotus. The energy of Warped Tour, the passion of pop-punk, and the confessional balladry of R&B are all here. Seamlessly blending seemingly disparate genres into a smooth and broad reaching sound that’s as vibrant and dynamic as it is unique, Danny Goo is on a simple mission to spread peace, love and positivity. Take a seat, take a sip, and take it in.