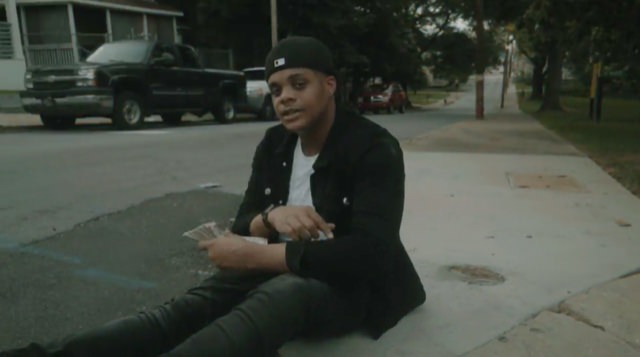 The tragically departed Atlanta upstart Rae Rae’s previously unreleased “Unconditional Love” is out today via Run-It-Up Records / Motown. Listen HERE. The mournful yet booming song has already found a devoted audience among the 18-year-old rapper and producer’s fans from a past snippet Rae Rae posted. It’s a tribute to Rae Rae’s unrelenting passion for music. “Unconditional Love” is the lead single off of Rae Rae’s upcoming debut album Right On Time.

Featuring his signature mellifluous flow and a piano-led beat, “Unconditional Love” is both a heartbreaking farewell and a worthy addition to an impressive catalog. The song spotlights Rae Rae’s ability to evoke emotion while describing his unique perspective on the streets, the rap game, and everything in between. Rae Rae searches for answers and people who’ll love him for his personality, wit, and charisma, rather than the perks that come with rapid success. “Smile in they face I’m tryna figure out they motive,” he raps, “What’s your purpose being ‘round me?” Despite his youth, Rae Rae had the maturity and inquisitiveness of a veteran MC. He found a way out of the ’hood, but the pull was relentless. “I been tryna balance this rap shit, I’m still in the streets,” he raps, and you can hear it in his expressive delivery.

Influenced by Atlanta legends like Future and Jeezy, Rae Rae was poised to claim next up in the city’s ever-shifting hierarchy. His best songs blend the pain and hedonism of the former with the street ethics of the latter, but Rae Rae asserted a unique voice with his specificity and ability to bring urgency to every observation. With over 35 million streams—and a viral TikTok dance sparked by his single “Crash Flow (Aint Trippin)” featuring Taeman—Rae Rae’s run was only getting started. Success and the passing of a friend who encouraged his career led the MC to shift his focus entirely to rap, and the world was just beginning to reap the rewards. Though he’s gone far too soon, “Unconditional Love” is a gorgeous, teary-eyed sendoff.