Tones And I Shares “Ur So F**kInG cOoL” (blackbear REMIX) 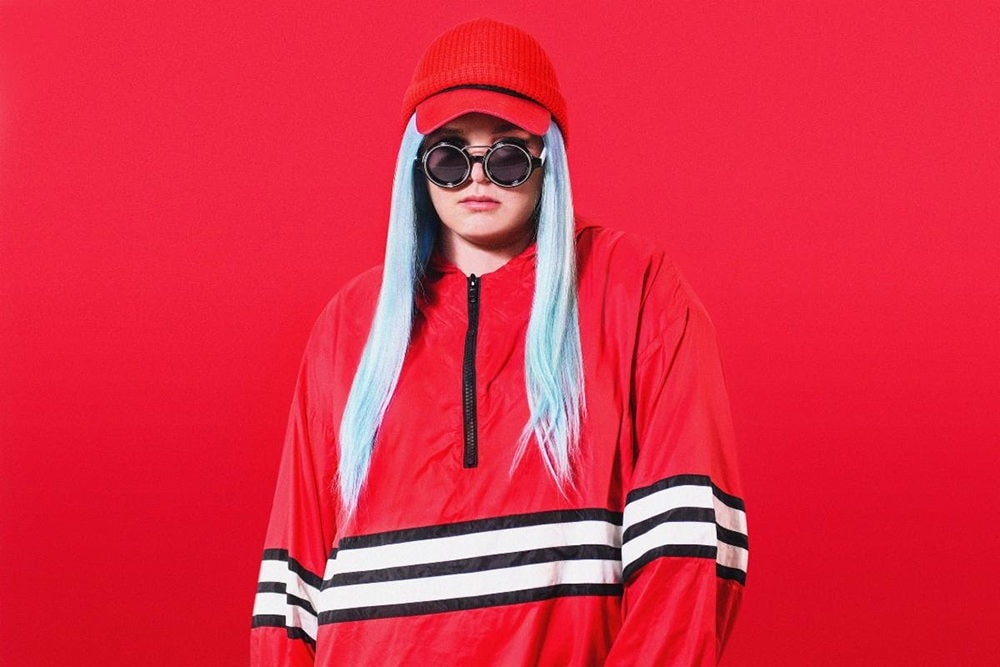 Australian artist Tones And I has shared an official remix by blackbear of her single, “Ur So F**kInG cOoL,” which is available today on all streaming platforms. The official remix features an added verse from multi-platinum selling singer/songwriter/producer blackbear – who also helmed the track’s new arrangement – and is joined by an animated lyric video streaming now on Tones And I’s YouTube channel.

The two connected earlier this year after Tones And I invited blackbear out to her sold-out Los Angeles show at the Fonda Theater. The hitmaker immediately fell in love with Tones And I’s performance and talks of a collaboration were soon underway.

Tones And I commented on the remix stating, “This is my first official remix and I’m so pumped to have collaborated with an artist like blackbear who I have so much love and respect for!”

blackbear elaborated on the project declaring, “Finally Tones And I let me have a crack at this one – I first heard it live in Los Angeles and the energy was so chaotic, all of us hearing a song about how fake we are. I fucking loved it and asked her after the show if I could do something.”

“Ur So F**kInG cOoL,” which has surpassed 80 million streams globally, is the latest release from the record-breaking and rising superstar. The single version of the song broke into the Top 40 radio charts stateside and features an official music video directed by Nick Kozakis, Liam Kelly, and Tones And I, which sees Tones And I portraying several personas at party as she experiences disinterest with the self-absorbed attendees. “Ur So F**kInG cOoL” also follows Tones And I’s standalone tracks “Can’t Be Happy All The Time” and “Bad Child” – the latter of which Tones And I debuted a stripped back piano performance of on The Tonight Show Starring Jimmy Fallon.

Tones And I was recently picked by Billboard as a frontrunner for “Record of the Year” and a likely nominee for “Best New Artist” at the 2021 GRAMMY® Awards following the massive impact of her global smash “Dance Monkey.” “Dance Monkey” has not only emerged as the most Shazam’d single of all time and crossed 1.3 billion views on YouTube, but has also become the 4th most streamed song of all time on Spotify and the most streamed song ever by a female artist on the platform. “Dance Monkey” has also eclipsed seven billion streams globally and earned 4x platinum certification from the RIAA in the US, while reaching multiplatinum or diamond certification in sixteen other countries. Plus, “Dance Monkey” hit #4 on Billboard’s Hot 100 chart, making “Dance Monkey” the first top five Hot 100 hit solely written by a woman in over eight years. In Australia, “Dance Monkey” holds the all-time record for the most weeks spent at #1 on the ARIA singles chart, while in the UK “Dance Monkey” has made Tones And I the longest running #1 of all time by a female artist on the Official Singles Chart. The New York Times detailed the making of “Dance Monkey” in their Diary of a Song video series, speaking with Tones And I about her journey from local busker to global star.

“Dance Monkey” is featured on Tones And I’s RIAA gold certified debut EP The Kids Are Coming which earned her four major wins back home at this year’s ARIA Awards including: “Breakthrough Artist,” “Best Female Artist,” “Best Pop Release,” and “Best Independent Release.” Following the EP’s release Tones And I showcased her staggering voice across performances of “Dance Monkey” and standout single “Never Seen The Rain,” appearing on The Tonight Show Starring Jimmy Fallon, The Voice, The Ellen DeGeneres Show and The Today Show.

Tones And I recently rescheduled her upcoming Australian headline tour to 2021 due to the ongoing COVID-19 global pandemic. Tickets for the rescheduled dates, which are set to kick off April 21st in Melbourne featuring special guests Jakubi and Billy Davis, are on sale now at www.tonesandi.com

Originally from Australia’s Mornington Peninsula, Tones And I traveled to Byron Bay in early 2018 to take a chance at busking. On the first day she had crowds spilling onto the street. Tones quit her retail job and decided to make Byron her new home where she lived out of her van for a year, honing her songwriting and busking every weekend. A year later, she had one of the biggest songs in the world with her global smash “Dance Monkey.”