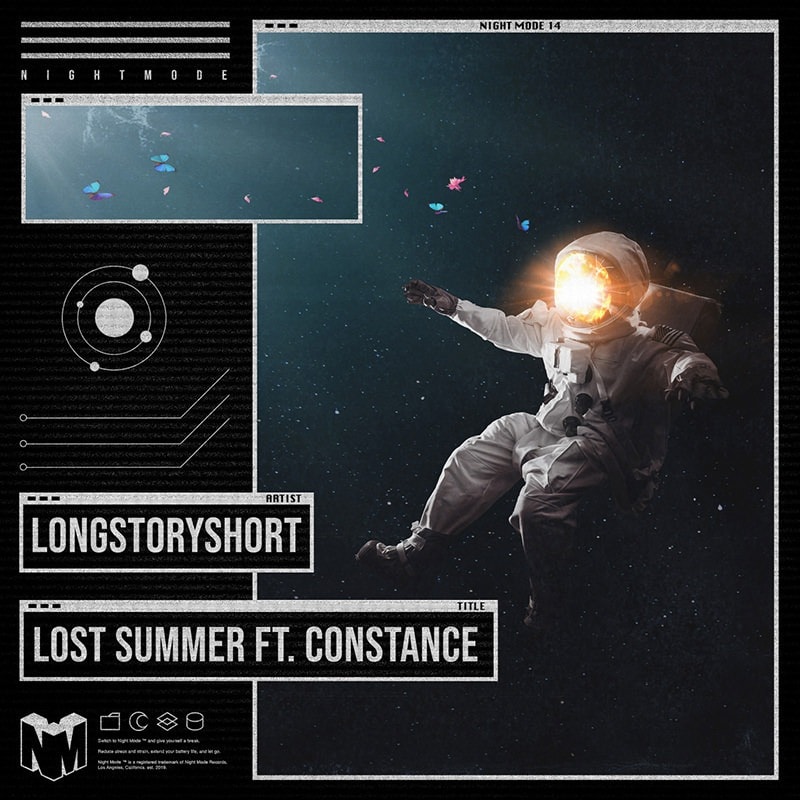 Night Mode is kicking off its third season of releases with a new single from longstoryshort. As the sunny season quickly draws closer to its end, the mysterious figure known as longstoryshort helps us cling onto these last few fleeting moments with his latest record, “Lost Summer.” His shimmering house creation captures the ephemeral bliss of falling fast for a special someone, as he keeps the listener suspended on a hazy groove that is made all the better by a heart-warming vocal delivery from singer Constance.

Hailing from New York, the enigmatic producer has been letting his story unfold piece by piece as he takes on the school of thought of letting the music speak for itself. The simplicity of his bio says it all: “Telling my story one record at a time.” The pages from his book at written in the ink of compelling bass-heavy house grooves that typically contain a tint of raw emotion mixed with rumbling basslines and captivating melody work. The project first launched via the aptly titled EP, ‘the preface,’ and his cred has since been reinforced with his follow-up effort, ‘chapter 1 (WARFARE),’ a five-track package demonstrating his dark but ultimately accessible approach to weaving together a saga that keeps you dialed in from start to finish.