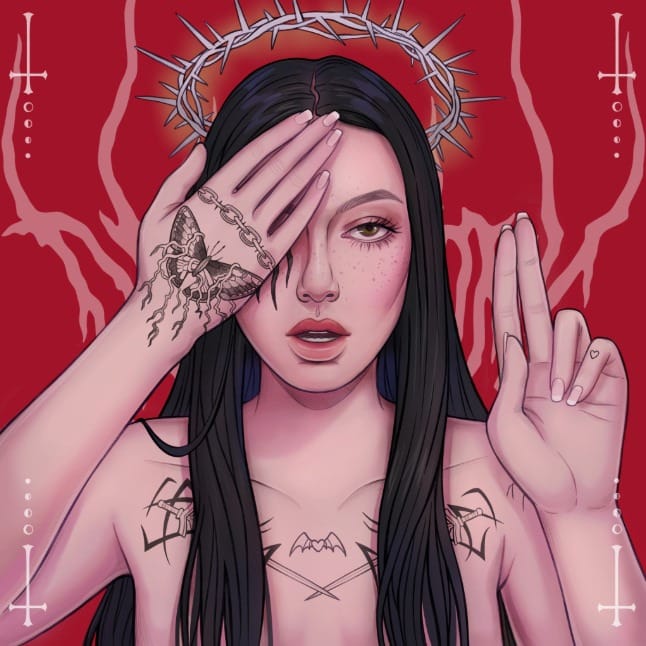 On the track, a Spanish incantation gives way to her haunting delivery as distortion buzzes in the background. The momentum picks up with the beat as she enchants on a haunting hook punctuated by glitchy echoes and dynamic inflection. It materializes as the ultimate bilingual graveyard bop. Be on the lookout for the premiere of the music video very soon.

In addition to her recent solo single “Fiending For A Lover,” she has lent her voice to a series of dynamic collaborations. She joined forces with multiplatinum alternative pop singer Kiiara and PVRIS on “Numb,” which Idolator called an “emo-anthem” while mxdwn praised its “strong performances.” Additionally, she teamed up with Lost Kings on “Hurt,” on which her vocals were described by DJ Times as “rich” and Dancing Astronaut as “openhearted.”

Beyond amassing over 55 million total streams, she continues to incite tastemaker applause. FLAUNT noted, “her ballads reflect real-life experiences that we can all confide in and relate to” and lauded her, “confidence, originality, authenticity, and her signature eye makeup we can’t get enough of.”

Since the release of DeathbyRomy’s 2019 Capitol Records debut EP Love u — to Death, she has racked up millions of streams and garnered plenty of praise. PAPER magazine dubbed her “Gen Z’s dark princess of pop,” while Music Connection called her “a force to be reckoned with.” NYLON praised her “dark, gothic pop with a theatrical edge.” And as her numbers keep rising, so do the accolades: “DeathbyRomy gives a new definition to gothic-chic,” wrote PopSugar, adding that she “unapologetically brings an aesthetic fit for the underworld to the forefront of the indie scene.”