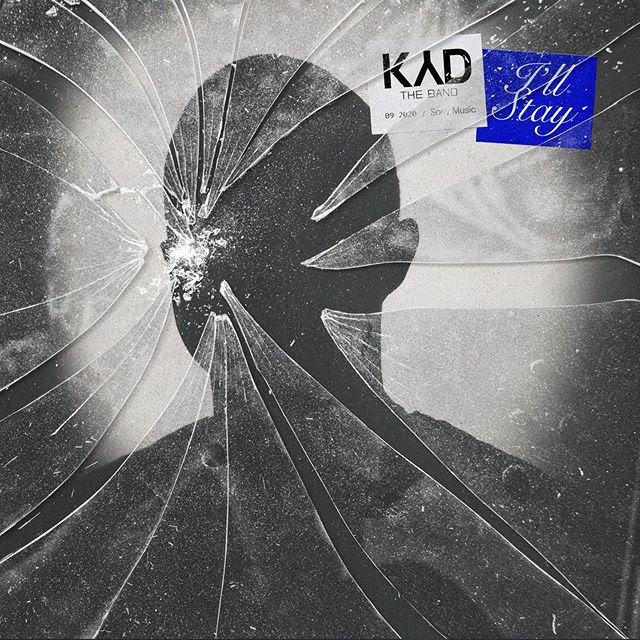 Alt-pop act Kyd the Band (aka Devin Guisande) has revealed “I’ll Stay” – a tearjerker track and the second precursor to his upcoming EP, Season 3: The Realization due out October 16th via Sony Music.

Inspired by the unexpected passing of his wife’s grandfather, Guisande writes a touching song on being there for your loved ones when you’re needed most. Starting with a simple piano progression, “I’ll Stay” builds into a cinematic orchestra, resulting in the perfect song made to help anyone feel less alone. He states, “This kind of experience has happened to me before, but this was the first time I’ve been there while it was happening to the person I love more than anyone. I wanted to fix it, I wanted it to be okay, I wanted to have an explanation, I wanted any other thing than what reality was so bad for her. But I couldn’t do a single thing, and that taught me that maybe sometimes when bad things happen to someone the only thing and best thing you can do is to be there for them as they go through it.”

“I’ll Stay” follows the official music video for “Corridors” where Kyd the Band invites you on a trip into his mind. The song – co-written with Adam Friedman (Allen Stone, Mike Posner) and Kevin Griffin (The Night Game, Moon Taxi) – continues to paint a vivid picture of his ever-evolving self and beautifully marries up the embodiment of previously released EPs Season 1: The Intro and Season 2: Character Development. “It’s like a prison in my head, some days I can’t get out of bed…” croons Guisande on the all too relatable intro of the track. Throughout “Corridors” Guisande tries to break free of his mental prison to finally overcome past relationships. Instead of remaining trapped in old memories and endless brain loops, the song encourages to keep your head up and positively push forward against the odds.

The new releases are just another example of Kyd the Band’s unabashed honesty in his lyrics and broad range across his collection. With each season, Devin reveals more of himself as he finds the confidence to delve deep into his tumultuous past from a socially isolated childhood, to leaving his home and family; overcoming a drug overdose to then finally finding solace in music and healthy relationships. On the new season, he notes, “Season 3 is called The Realization. I named it that because I feel like I’m finally getting to the place where I not only understand who I am and everything that’s made me, but I accept it and embrace it. Season 3 is me taking everything else before this and making sense of it. The Intro was my childhood and upbringing, Character Development was going out on my own and the start of me trying to become me, The Realization is now. Thank you so much for supporting me so heavy and for creating a community for me to belong in. I’m extremely blessed and thankful.”