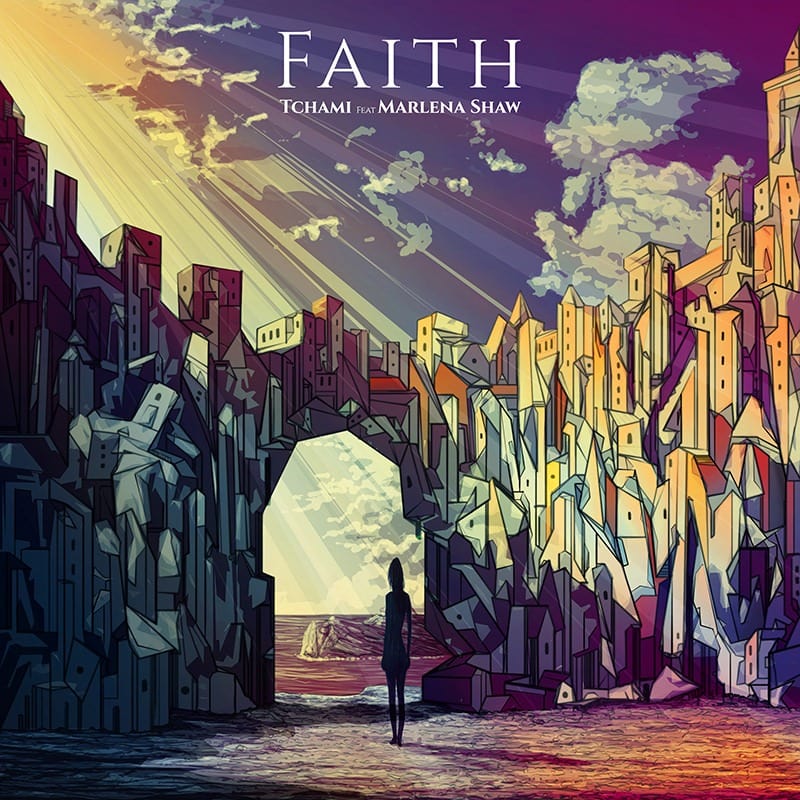 Critically acclaimed producer and DJ, Tchami, has unveiled his latest single “Faith,” out now via Astralwerks. Download / stream HERE and watch the visualizer below.

Leading the single with Marlena Shaw’s soul-driven gospel vocals, “Faith” samples the legendary singer’s classic 1969 tune “Woman of The Ghetto.” Tchami puts his signature spin on the production, combining bumping house beats and euphoric breakdowns to create a dance-floor ready club tune that stays true to house music’s roots. Accompanying the single is the official video, taking viewers on a journey across an emerging town and through the lens of an outsider. Filled with colorful flashing images and vivid pictures, the imagery serves as a reminder to keep the “Faith” in times of struggle and hardships.

“Faith” marks the French DJ and producer’s fifth single release of the new decade, following the double-single releases of “Born Again” / “Buenos Aires” and “Proud” / “Ghosts” in May and February respectively. All five tracks will feature on his debut LP Year Zero, due out before the end of the year.

Coining the term future house, and widely recognized as its creator, Tchami has released chart-topping singles over the course of his career including “Promesses,” “Adieu,” and “Afterlife.” He has culminated over 475 million streams across platforms. In 2020, Tchami reached new heights as a producer having co-produced four singles from Lady Gaga’s Chromatica album, including her first release “Stupid Love,” mega collaboration with Ariana Grande “Rain On Me,” followed by “1000 Doves” and “Babylon.”

Tchami has toured with the likes of Skrillex, Diplo and DJ Snake whilst collaborating with Martin Garrix, Jack Ü and AC Slater. As a member of the DJ quartet ‘Pardon My French’ and founder of his own label CONFESSION, his expertise and breadth as a producer and songwriter remain unrivaled. His label has seen him foster and develop artists such as Malaa, Mercer, AC Slater, Dusty Cloud, Loge21 and numerous others independently on a global scale.

His versatile fusion of UK bass, EDM, future house and everything in between renders him a truly electrifying, world-leading DJ and visceral showman. Globally, this has seen him perform at the likes of Creamfields, Tomorrowland, SW4, Mysteryland and Dreamland.

A departure from the Future Garage vibes that Tchami has become known for, “Faith” is a soulful house cut that leaves a lasting impression.