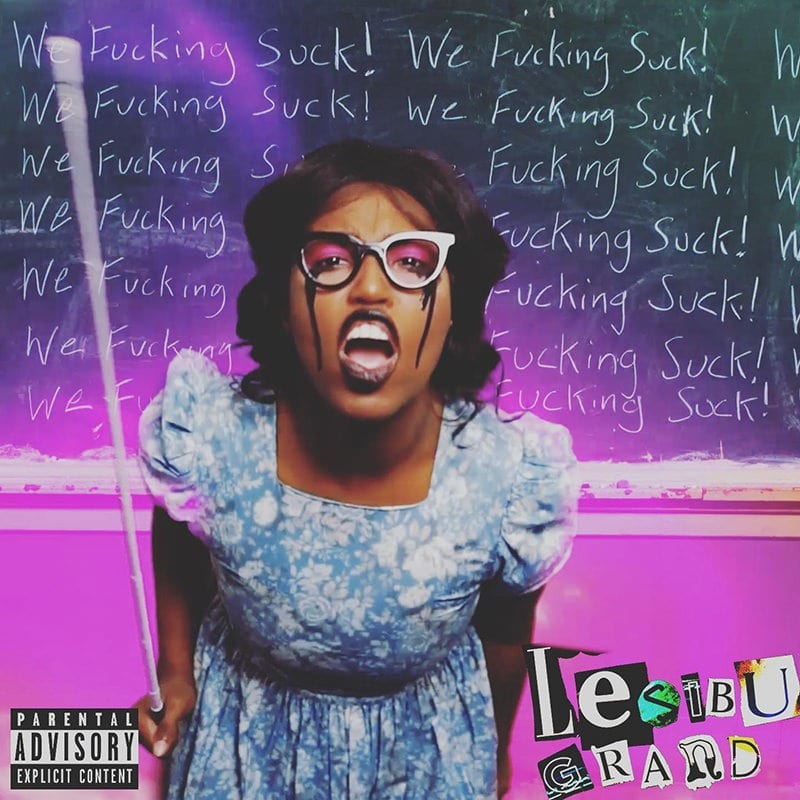 Atlanta based indie-rock band Lesibu Grand has shared their latest single “WFS“. The new punk track calls out America for its wide range of faults and failed policy and screams that, well, we f’ing suck. With a video and lyrics that are extremely poignant to the events of the past year “WFS” could easily be a frontrunner for the theme song of 2020.

“We were deeply disturbed by what we were seeing as the Trump era dragged on, and we wanted to express those feelings in a song,” Lesibu Grand frontperson Tyler-Simone shares on the inspiration behind “WFS”. “There were so many issues flaring up that we decided to address them all in a very direct way, as the best punk songs always do. As we thought about the hot button issues in America today (gun control/violence, housing, poverty, healthcare, voting rights, and criminal justice), we realized that we, as a country, were not even trying to fix these problems and concluded that we can and should do a lot better. So we said, “wow, right now we f’ing suck” and the song was born.”

Lesibu Grand (pronounced Le-SEE-boo Grand) is an indie-rock band from Atlanta, GA that grew out of a songwriting partnership between singer Tyler-Simone Molton and bassist John Renaud. The origin of the band can be pinpointed with unusual accuracy: June 28, 2017, when Tyler-Simone Molton bumped into John Renaud at the Pains of Being Pure at Heart show at The Earl in East Atlanta. The two had been acquaintances, having met at Turner’s Techwood campus and having a shared love of Turner Classic Movies, but until that moment didn’t realize how much they shared in common.

Tyler-Simone grew up in a diverse neighborhood in the suburbs of Atlanta, a somewhat conventional-looking place with a surprising degree of creative vitality. There, Tyler-Simone was exposed to a great variety of musical genres. Like everyone else, she loved the local hip-hop heroes like Outkast, Eryka Badu, Lil Wayne, but also hung out with punks, metalheads, and indie kids. She also loved listening to late-70s new wave bands like Talking Heads and Blondie, punk bands like the Clash, and 90s rockers Green Day, and Nirvana. She did not cling to one genre as her identity.

John shared Tyler-Simone’s interest in punk, grunge and new wave, and shortly after their chance encounter at the Pains of Being Pure at Heart show, the two sunk deeply into an unexpected songwriting frenzy. Completing each other’s thoughts and phrases, the two wrote an entire album’s worth of original compositions in just over a month. Thereafter, they brought in Brian Turner on guitar, Lee Wiggins on drums, and Warren Ullum on keyboards to complete their sound. The band takes its name from Tyler-Simone’s middle name given to her by her maternal grandfather, who emigrated from South Africa.