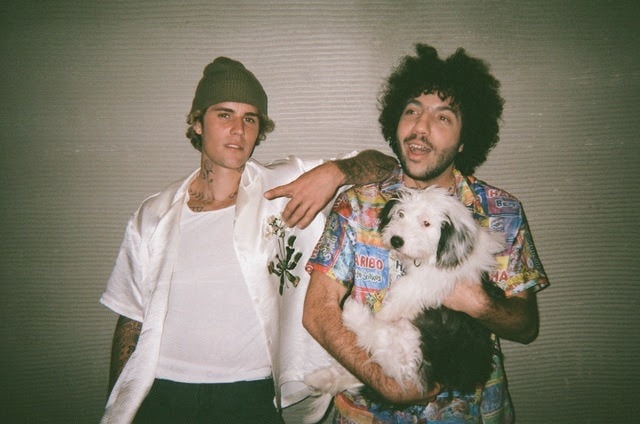 Justin Bieber and benny blanco debut a new single, “Lonely,” today—listen here and watch the music video, directed by Jake Schreier, now below. The track, produced by blanco and FINNEAS, is out now via Friends Keep Secrets/Def Jam Recordings/Interscope Records.

“benny and Finneas are both extraordinary writers, and it’s been amazing collaborating with them on ‘Lonely,’” says Bieber. “To be honest, the finished song is tough for me to listen to, considering how hard it was to get through some of those chapters. Hopefully telling this story will encourage others to vocalize what they are going through.”

“I’m so happy this song is coming out because not only is it personal to Justin, me and Finneas but we all get FUCKING lonely sometimes and everyone is always trying to play Superman and suppress their feelings and be strong all the time but it’s OK to take your cape off and use it as a big fucking tissue when you need to,” says blanco.

Justin Bieber’s brand-new smash single, “Holy,” featuring Chance the Rapper, reached #1 on the Spotify Global Chart, was streamed over 120 million times in its debut week, and broke his own single-day career best for YouTube views.With over 55 million monthly Spotify listeners, Bieber is among the platforms most-listened-to artists globally. He has also recently surpassed an astounding 148 million Instagram followers. CHANGES, his fifth studio album, debuted at #1 on the U.S. album chart, netting over 1 million in first week global consumption. “Justin Bieber: Seasons,” the 10-episode YouTube Originals documentary series shattered records as the most viewed premiere ever of a YT Original series in its first week. Bieber has now officially become the first artist to cross the threshold of 50 million YouTube subscribers, giving him far-and-away the #1 artist channel on YouTube.

“Lonely” follows blanco’s 2018 debut album FRIENDS KEEP SECRETS, which featured hits “Eastside” with Halsey and Khalid, “I Found You” with Calvin Harris, “Better to Lie” with Jesse and Swae Lee and “Roses” with Juice WRLD and Brendon Urie as well as collaborations with Ty Dolla $ign, 6LACK, Ryan Beatty and more. “Eastside,” the Grammy-winning, multi-platinum producer’s first ever artist release, topped charts worldwide and is certified 4x Platinum in the U.S., with many other accolades worldwide. The album has been streamed more than 4 billion times to date. In 2019, blanco shared “I Can’t Get Enough” with Tainy, Selena Gomez and J Balvin; and “Graduation” with Juice WRLD.

Born and raised in Reston, VA, benny blanco is an award-winning artist, record producer, songwriter and musician. As a producer and songwriter, blanco is responsible for hundreds of millions of album sales worldwide due to his work with artists including Ed Sheeran, Justin Bieber, Halsey, Maroon 5, Rihanna, Katy Perry, Kesha, Sia, The Weeknd, Selena Gomez, Wiz Khalifa, Kanye West and many more. He is the founder of two labels in collaboration with Interscope Records: Mad Love Records and Friends Keep Secrets.