nothing,nowhere., KennyHoopla and JUDGE Team up on New Track, “blood” 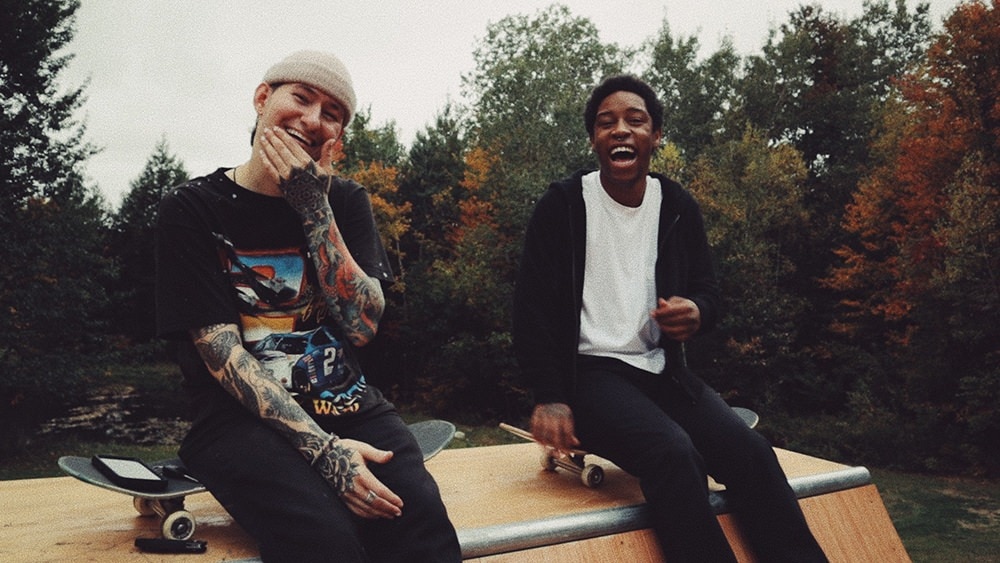 Processed with VSCO with fs16 preset

DCD2 / Fueled By Ramen artist nothing,nowhere. has teamed up with Wisconsin shapeshifter KennyHoopla and rising producer JUDGE for his latest single “blood.” Available now on all streaming platforms, “blood” is joined by a Mason Mercer directed official music video which follows nothing,nowhere. and KennyHoopla on a covert mission into the depths of an illicit black market.

nothing, nowhere. detailed the new track and video stating, “’blood’ is about being a metaphorical killer; killing relationships with people you care about and getting caught in that toxic cycle. I recorded the song with JUDGE and Kenny in 20 minutes. I shot the video with Kenny in Boston and we got to hang out with a bunch of rescue animals. It was a beautiful experience to be able to combine my love of animals, film and music into one shoot.”

KennyHoopla commented, “Really liked how dark the song was and impressed on what he did with the beat, I was excited to go in on it.”

“blood” (Feat. KennyHoopla & JUDGE) follows nothing,nowhere.’s recent standalone tracks “pretend” and “lights 4444.” Both songs arrived earlier this year on the heels of nothing,nowhere.’s One Takes Vol. 1 digital LP, a compilation of reworked and stripped back versions of fan favorite tracks. nothing,nowhere.’s One Take sessions captivated listeners via his official YouTube channel, and now the remastered collection – which includes a cover of American Football’s “Never Meant” – is available across all streaming platforms.

This past April nothing,nowhere. shared “DEATH,” a third standalone release, which The New York Times hailed as a “Scabrous, immensely satisfying emotional expurgation from Joe Mulherin that deploys early Beastie Boys drums and Rage Against the Machine bark-rapping in service of a rap-rock revival bathed in righteousness.” Earlier in January he released “nightmare,” a surprise single which arrived alongside an official music video, produced by Derek Maher / Scott Bell and directed by Patrick Lawler / nothing,nowhere.

“blood” (Feat. KennyHoopla & JUDGE), “pretend,” “lights (4444),” “DEATH,” and “nightmare” mark the latest material from nothing,nowhere. following the release of bloodlust, his collaborative EP with Travis Barker. bloodlust is highlighted by lead single “destruction,” which debuted via The FADER with Kerrang! declaring “bloodlust feels like another world. From start to finish it envelops you in its hazy, muted soundscapes.”

bloodlust followed a prolific string of singles from nothing,nowhere. – “call back,” “dread,” and “ornament,” – and arrived just a year after the release of his acclaimed 2018 LP, ruiner. The sophomore LP features album standouts “ruiner” and “rejecter,” which Pigeons & Planes declared, “perfectly exemplify why nothing,nowhere.’s music is so exciting… he’s crafted a world of sound that’s both fresh and recognizable.” The FADER remarked, “The new record is a stimulating blend of singing, hip-hop, and live instrumentation, all fused together with emo and alternative stylings.” nothing,nowhere.’s 2017 debut album, reaper, was met with critical praise led by the singles “hopes up (Ft. Dashboard Confessional)” and “skully.” The album made a massive impact upon its DCD2/Equal Vision release with the New York Times’ Jon Caramanica placing it at #1 on his list of 2017’s best. reaper “synthesizes the second-wave emo of the early to mid-2000s with the rattling hip-hop low end of the last few years,” he wrote. “(reaper) is one of the most promising pop albums of the year…” Rolling Stone declared “reaper finds him tonally evoking the glory years of 2000s emo-punk without necessarily replicating it.”