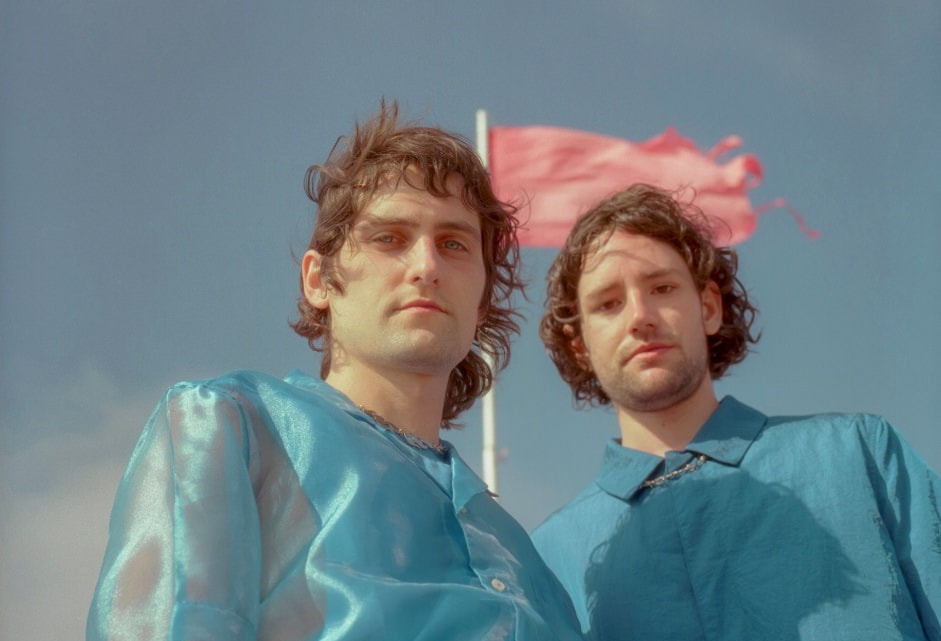 Today, indie pop duo Sports have unveiled the music video for their new single “Baby Baby.” The video finds the band trapped in an underworld, communicating to a lush world above filled with troubling memories and relationships. “Yet, I think we’re longing for the world above,” elaborates vocalist/keyboardist Cale Chronister. “It seems appealing compared to the world below — a small, decaying room with nothing to do but watch TV and mope around. To me, it mirrors the world we’re in today.”

“Baby Baby” will be featured on Sports’ recently announced two-part LP to be released in the coming months. For more information on Sports, please visit: http://sportsbandok.com.

Split between Los Angeles, CA and Norman, OK, Sports, comprised of Cale Chronister & Christian Theriot, have been refining their infectious, funk-laden indie-pop sound that they first began to craft in grade school for half a decade now. The band’s debut LP, Naked All The Time (2015) and it’s follow-up, People Can’t Stop Chillin (2016) delivered a slew of critically-praised singles including: “You Are the Right One,” “Panama,” “Whatever You Want,” and “Someone You’d Rather Be Dating.” The band returned in 2018 with their first full-length album, Everyone’s Invited, a vibrant offering that received acclaim from Pitchfork, Pigeons & Planes and Ones To Watch, in addition to earning plays on KCRW’s Morning Becomes Eclectic and Spotify’s New Indie Mix playlist.