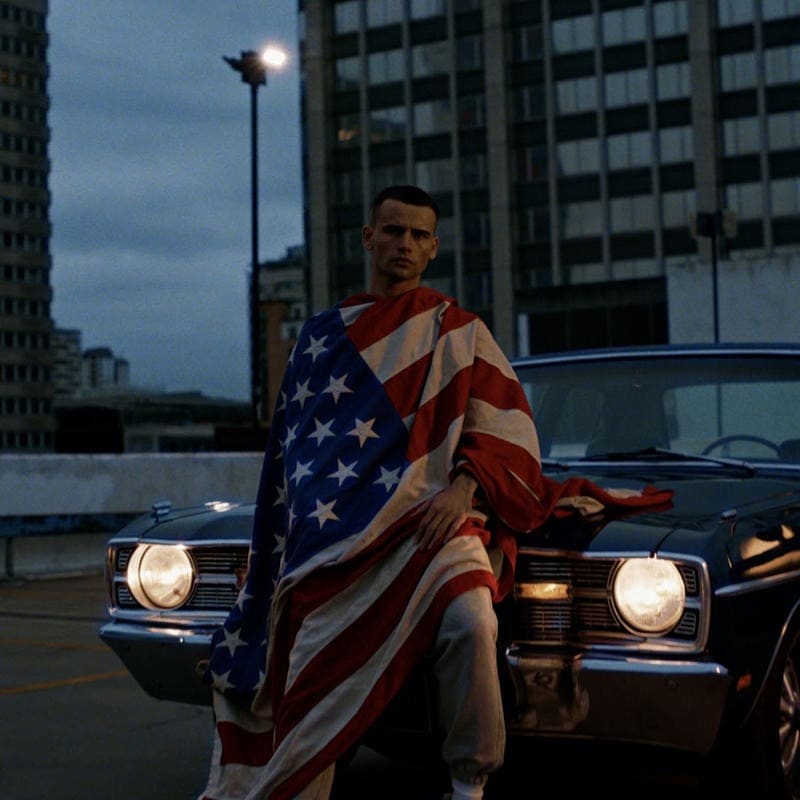 Absentee Recordings and London-based creative trio Big Ideas are excited to announce the Thursday, November 26 release of the band’s debut EP, The American Dream. Following years of critical and global success as members of The Boxer Rebellion, Tennessee-born Nathan Nicholson and Londoner Adam Harrison have teamed up with London-based writer, director and photographer Ben Lankester to launch this new project exploring their instinctive responses to the current state of the world. Themes of hope, grief and rebirth feature heavily in this exquisite, independent and self-funded audio-visual endeavor.

Mixed by the legendary Billy Bush and drawing from musical influences from the Seventies, Eighties and Nineties, The American Dream EP will bury deep into your ears and then deep into your soul. The EP’s lead single and title track features saxophonist Johnny Colla of Huey Lewis and the News, and is a song about mislaid patriotism and the great potential in us all. Inspired by the misunderstood “Born In The USA,” “The American Dream” can be interpreted as ironic or as an uncomplicated celebration.

“Whilst writing, we had the idea for a song that commented on two realities that exist in the world today,” the band said. “’The American Dream’ embodies that drive to improve life for the individual–on the surface, easy to understand … like our song. But that short sightedness ignores challenges that can only be solved as a collective. The dream you’re sold isn’t always the reality you end up paying for.”

As an urgent response to the current U.S. election and enormous societal challenges, Lankester has created a short film for the title track. The video is a personal character study of a young, aspiring boxer–a visceral, pitch-black depiction of one man’s journey through contemporary America. “What I relished about the challenge of creating the video for ’The American Dream’ was the dichotomy between the seemingly breezy surface of the song and the very contemporary dystopian themes running almost hidden underneath,” Lankester said. “Could we push this dark narrative concept as far as we could whilst ensuring the film always worked in service to the music? This was the challenge that was a pleasure to tackle head on.”

BIG IDEAS – ‘The American Dream’ from Ben Lankester on Vimeo.

Music by Big Ideas will be released as a collection of EPs, each led by a film of incredible artistic quality. Pairing Nicholson’s compassionate and melodic writing with Harrison’s ability to create sonic worlds of introspective depth and lively rhythm has generated a magic alchemy of sparkling pop-infused grooves and thought-provoking lyrics. Each track featured on this impressive debut showcase tells a story that is both personal and universal, building on The Boxer Rebellion’s knack for allowing the audience its own space for individual interpretation.