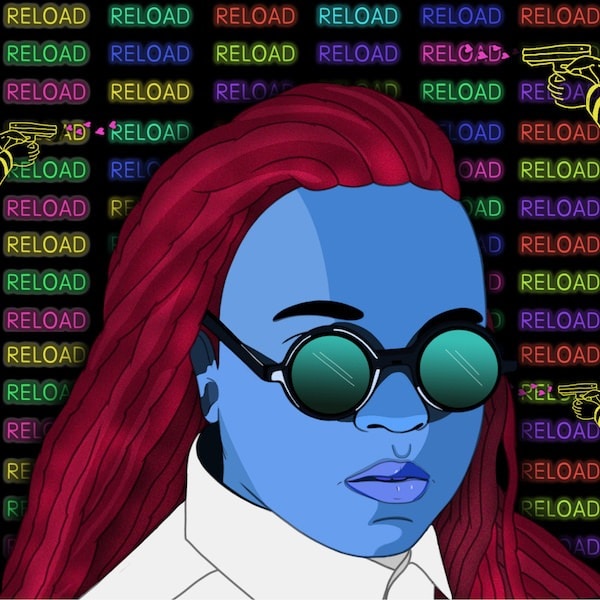 No stranger to adversity, artist Kaleena Zanders has turned her struggles into art in her deeply personal new single “RELOAD.” Fans can watch Zanders embrace the power of love she finds within herself in the animated music video below.

Zanders wrote “RELOAD” last year following a shocking experience with police brutality that made her recognize the need to “reload on love.” The protests of the last several months furthered her desire to share her story in hopes that it would ignite people to keep pushing boundaries in this time of deep reflection and change.

She shares: “‘RELOAD’ music video animation is about my journey to becoming an everyday superhero provoked by my experience with traumatizing police brutality. In the music video the anxiety and stress of the police officer allows me to discover that I have an untapped love power that empowers & hypnotizes others to love one another. And, ultimately in the lyrics of the song I am asking the Police officer, or rather law enforcement in general, to Reload on love instead of bullets. <3 Practice compassion and logic with other humans.”

Armed with supernova vocal prowess and an explosive stage presence, Kaleena Zanders is one of the fastest emerging stars in music. Earning comparisons to ’90s House vocalists like CeCe Peniston, Robin S and even to Whitney Houston – Zanders existence brings the genre back to its queer, Black origins.

In her short career, Zanders has a combined 100Million Spotify streams on collaborations with the likes of Breathe Carolina, Dropgun, Morgan Page, SNBRN, AC Slater, and Loud Luxury, and has been the cover star for Spotify’s #1 & #2 dance editorial playlists Mint & Dance Rising. She has released tracks through the most notable dance labels, including Spinnin’ Records, Armada Music, and Dim Mak, and has taken the mic at major festivals including Coachella, EDC, and Snow Globe.

Zanders’ biggest hit to date, “Stronger Than I’ve Ever Been,’’ premiered during Super Bowl LII for Toyota. The track scored syncs with the 2018 Winter Olympics, America’s Got Talent, Fox, VH1, and featured at the Women’s US Open Final with Serena Williams and Naomi Osaka.

Next up, Zanders is focusing on the release of her debut solo EP, EXIT/US, featuring break-out tracks, “RELOAD,” “Remedy,” “Set Me Off,” “One Step Closer,” and “We Send Together.” Fans can expect more new music soon and the full EP early next year.