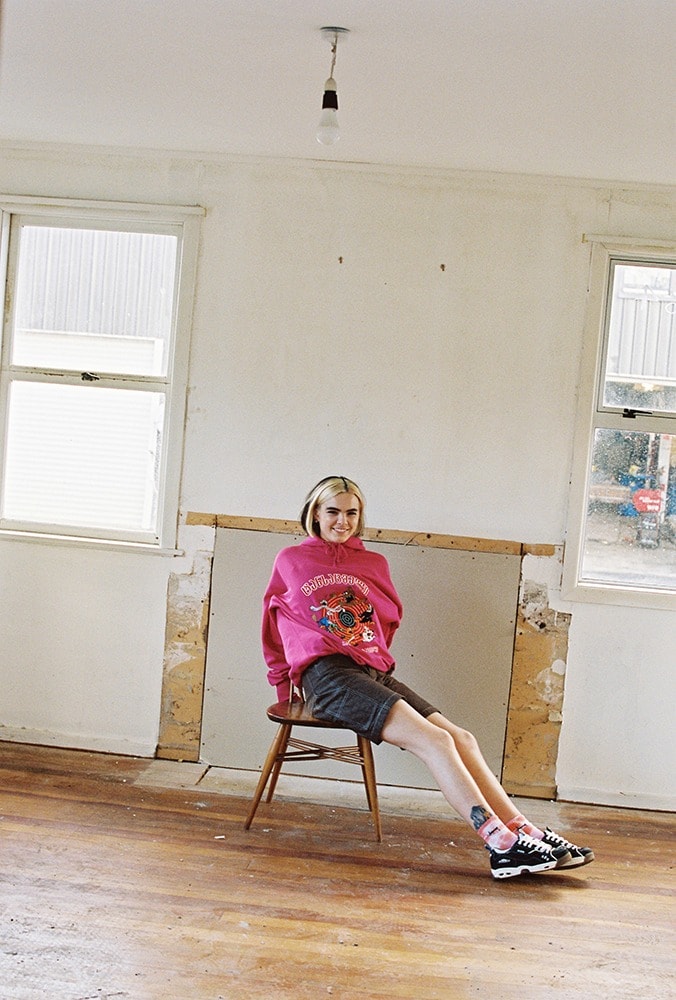 Today, New Zealand’s platinum sensation BENEE uncovers a new song entitled “Happen To Me”. It’s the last track to be revealed from her anxiously awaited full-length debut, Hey u x, out next Friday November 13th—pre-order it HERE now.

BENEE recently cited the tune as her “favorite on the album” in an interview with Vogue Australia. On the track, warm guitar wraps around a driving beat as she confesses, “I understand why people leave/But leaving seems scary to me,” in an ethereal timbre. It culminates on the catchy refrain, “I think about these things too much/My mind likes to wind itself up/And I don’t get a lot of sleep/’Cause what if they happen to me?” The track displays the songstress at her most vulnerable and vital.

As she told Vogue Australia, “This song is super important to me. It’s the opening track [on the album]. It’s the first song where I’ve written about anxiety. The lyrics are pretty dark. Life is pretty crazy right now, and I think it’s important to talk about this kind of stuff.”

Just last week, she dropped her single, “Plain” feat. Lily Allen & Flo Milli. Not only did it generate over 1 million Spotify streams in under a week, but it also attracted widespread acclaim from the likes of E! Online, PAPER Magazine, Stereogum, Teen Vogue, The FADER, UPROXX, Variety and more.

Blending, bending and breaking genres like only BENEE can, the much-anticipated Hey u x boasts an all-star cast of collaborators, including Grimes, Gus Dapperton, Mallrat, Kenny Beats, Bakar and Muroki. Hey u x includes her Platinum-Certified smash hit “Supalonley” feat. Gus Dapperton, which has amassed over 2.1 billion global streams to date, as well as her recently released pop bops, “Night Garden” feat. Kenny Beats and Bakar and “Snail.” See the full album tracklist below. The album artwork was designed by Californian artist Terry Hoff.