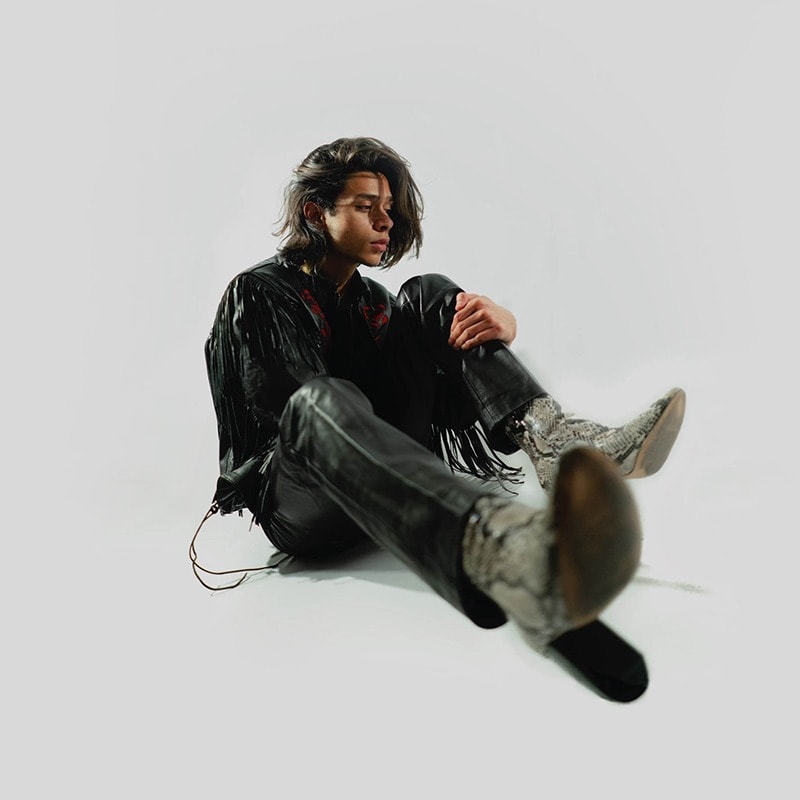 Chosen Music/Atlantic recording artist Justice Carradine has returned with his mesmerizing new song, “Can’t Feel A Thing,” available now at all DSPs and streaming services. The dance-floor-ready track is joined by an official lyric video, filmed back at home in Utah and streaming now via YouTube.

“I wrote ‘Can’t Feel A Thing’ two years ago when I started experiencing depersonalization and derealization,” says Carradine. “Since then, I’ve worked on myself a lot. I’ve learned how to feel more and cope with life in healthy ways. I’m learning more and more every day, but this song means a lot to me because it shows me how much progress I’ve made and reminds me that you can still dance even when it’s dark.”

“Can’t Feel A Thing” marks Carradine’s first new release since this spring’s irresistibly catchy single, “Limbo.” Co-written by Justice and produced by Luke Niccoli (Gryffin), the song was joined by an official video shot in the beautiful outdoors of Utah while in quarantine, streaming via YouTube HERE. “Limbo” was met by praise from the likes of Popdust, which raved, “‘Limbo’ is another unique offering of Carradine’s high energy pop music…combining alternative with R&B and funk.” Similarly, Hollywood Life declared “Limbo” to be “an undeniable bop, with invigorative production and refreshingly honest songwriting,” adding, “The visual is a triumph, in how he was able to create a video that’s as gorgeous as his song is captivating.”

The singer-songwriter and multi-instrumentalist kicked off 2020 with the release of “Necessary Evil. Ones To Watch quickly applauded Justice as “a veritable pop tour-de-force,” while further declaring “the dynamic track” to be “a fusion of alternative elements and pop aesthetics that impeccably shows Carradine’s versatility.” “Necessary Evil” was preceded last year by Justice’s soulful debut single, “Dangerous Love,” which was joined by an official companion video, directed by acclaimed photography and film duo LOWFIELD (Pharrell Williams, Halsey) and streaming now at YouTube HERE following its exclusive premiere via Billboard. “Dangerous Love” marked the first official single release from Carradine following a series of increasingly popular cover performances that earned him more than 5 million views on YouTube.

The Utah-born, Los Angeles-based artist grew up in a household surrounded by music, picking up ukulele, drums, piano, and guitar at just five years of age. The Utah-born, Los Angeles-based artist’s rich family heritage – Italian on his dad’s side and half-Samoan/half-Apache on his mom’s – proved hugely inspiring, with his Native American background especially influencing him on a profoundly personal level. At 13, Carradine began posting videos on Vine, fast developing a devout social media following whilst he was still in junior high. He transitioned to YouTube in 2015 and quickly racked up more than 5 million views for his tender and inventive covers of artists including The 1975, Post Malone, and Ed Sheeran. He soon began penning his own original material, unveiling his first independent single, “Okay,” in late 2018.