Donna Missal Unveils Haunting Video for “How Does It Feel” 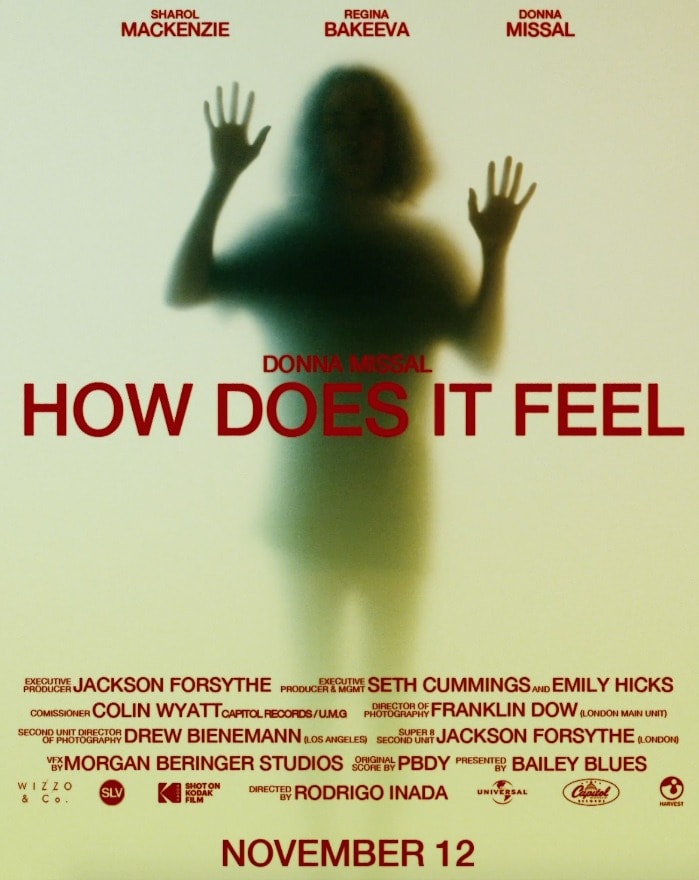 Donna Missal’s haunting new video, “How Does It Feel,” is an evocative exploration of the intersection of technology and human emotion. The clip was directed by English filmmaker Rodrigo Inada and features Donna along with U.K.-based dancers Sharol Mackenzie and Regina Bakeeva. Watch it now below.

“How Does It Feel” is the lead-off track from Donna’s sophomore album, Lighter (Harvest Records). She recently celebrated a new career milestone, passing the 50 million mark of combined global streams across all of her songs.

Donna discovered Rodrigo’s work through a quarantine fundraiser video project he made with artist/producer Sega Bodega. “They made a series of videos using Facetime screen recordings called ‘Reestablishing Connection’ that I thought translated the concept of existing inside a screen so palpably, so I reached out to Rodrigo on DM and asked if he would want to make something together,” recalls Donna Missal.

She explains, “I was in Los Angeles and he was in London. Rodrigo conceptualized this idea of how we relate to others through the screen, to ourselves, to the screen itself, while we were communicating these concepts through video calls. ‘How Does It Feel’ becomes a backdrop to this story that shows the emotionality of these relationships with our screens, how real it is to us in our real lives. The video gives the song a new depth – a result of timing and environment only possible through our changing technology.”

“How Does It Feel” is the latest visual inspired by songs from Lighter. uDiscover Music recently praised the “dramatic new video for ‘Just Like You,’ a sublimely angsty pop song.” View “Just Like You,” which Donna directed with Erica Hernandez, HERE.

In a recent feature that posed the question “What Do You Stand For?” LADYGUNN observed, “She is her most authentic self at all times, vulnerable, and filled with a powerful tonality. She’s a pusher, speaking openly about her deepest truths, her intimate desires, and her hopes for society.” Check out the interview, from the No. 20 “Amplify” issue, HERE.

Putting Donna “In Conversation” with Shania Twain, Interview Magazine said, “Missal’s thunderous vocals, mixed with her poignant lyrics and a country-meets-90s rock attitude, transformed the record into a wildfire of emotional upheaval making way for growth accompanied by a newfound sense of creative empowerment; one that comes from being in full control of her story.” Atwood Magazine hailed Lighter as “messy, raw, and utterly genius.” The New Nine noted, “Donna is the badass artist we need right now.”