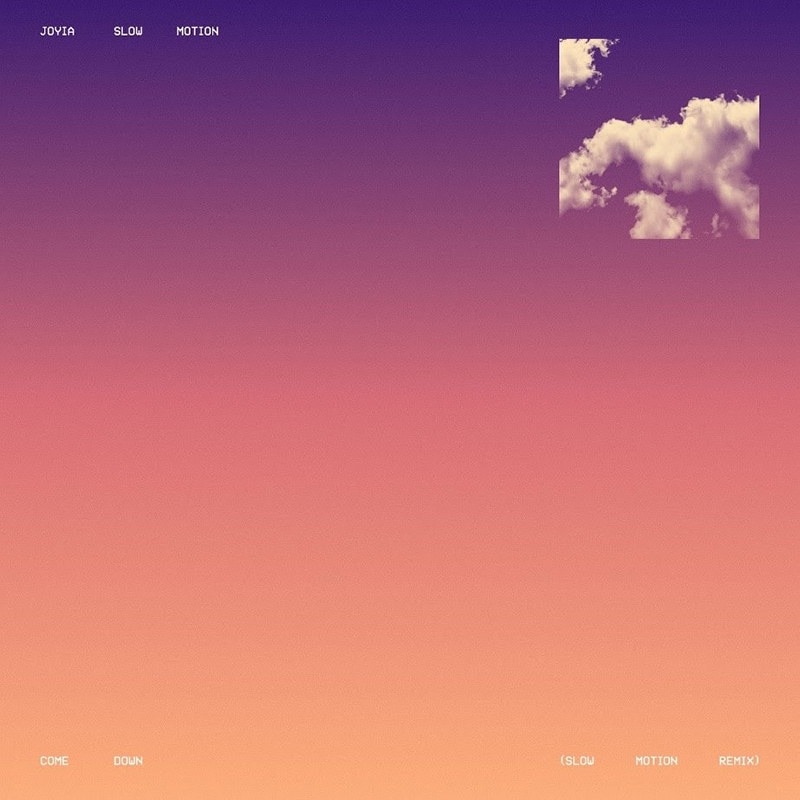 Today, rising Brazilian DJ and producer Slow Motion has shared his sleek, stylish house remix of “Come Down” by Toronto singer/songwriter Joyia. The original, released earlier this year, is a jazzy low-lit R&B cut, but Slow Motion’s rework is humid and ecstatic—the sort of song you want to hear when you’re looking for love on the dance floor. Listen HERE and watch the lyric video in both English and Portuguese below.

The “Come Down” remix begins with the original’s slow synths, but immediately revs them into higher gear, adding infectious energy to Joyia’s heart-rending vocals. Slow Motion also highlights the source track’s mellow saxophones by splattering colorful basslines and elastic drum programming across the top. It’s the sort of rework that shows how the producer hears pop music differently. He finds the most inventive parts and remakes it all in his own image.

Slow Motion, born Kaynã Reis, has been making similarly brilliant beats since 2016 when he broke out with a vivid house remix of Sofi Tukker’s “Drinkee” (a team-up with fellow Brazilian DJ Vintage Culture). In April 2020, he shared a rework of Jorja Smith and Maverick Sabre’s “Slow Down” that has since reached #1 on Beatport’s Deep House Charts and consistently charted on Spotify’s Global Viral 50. This run of inspired tracks—including “Come Down”—is only just beginning to reveal Slow Motion’s full potential as a producer, so be sure to keep listening as he continues to explore just how much beauty he can bring to dance music.