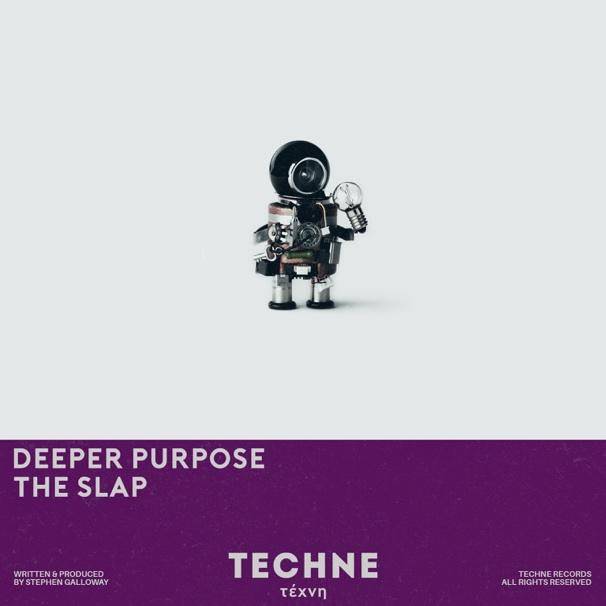 London born and raised, Deeper Purpose has been making waves across the globe with a stellar release schedule that has seen him land tracks on Catch & Release, Roush and Repopulate Mars this year.

Adding to a slew of smashes, Deeper Purpose has also placed his stamp on the scene with releases like Malfunction via South Of Saturn and Safari via Resonance Records that both saw support from Danny Howard on BBC Radio 1. Continuing to rack in a flourishing list of DJ supporters that includes Jamie Jones, Lee Foss, Steve Lawler, Detlef, Richy Ahmed, Groove Armada and more, Deeper Purpose certainly shows no signs of slowing anytime soon.

With his latest release maintaining his skyrocketing trajectory, Deeper Purpose gets set for The Slap on Techne. Featuring hypnotic vocal chants, The Slap boasts pulsing laser synths and punchy bass lines making for a jacking house anthem. Meanwhile, b side Push It boasts siren fuelled builds along with vocal distortions that weave amongst robotic structures and electrifying breakdowns, confirming Deeper Purpose’s tastemaker authority.