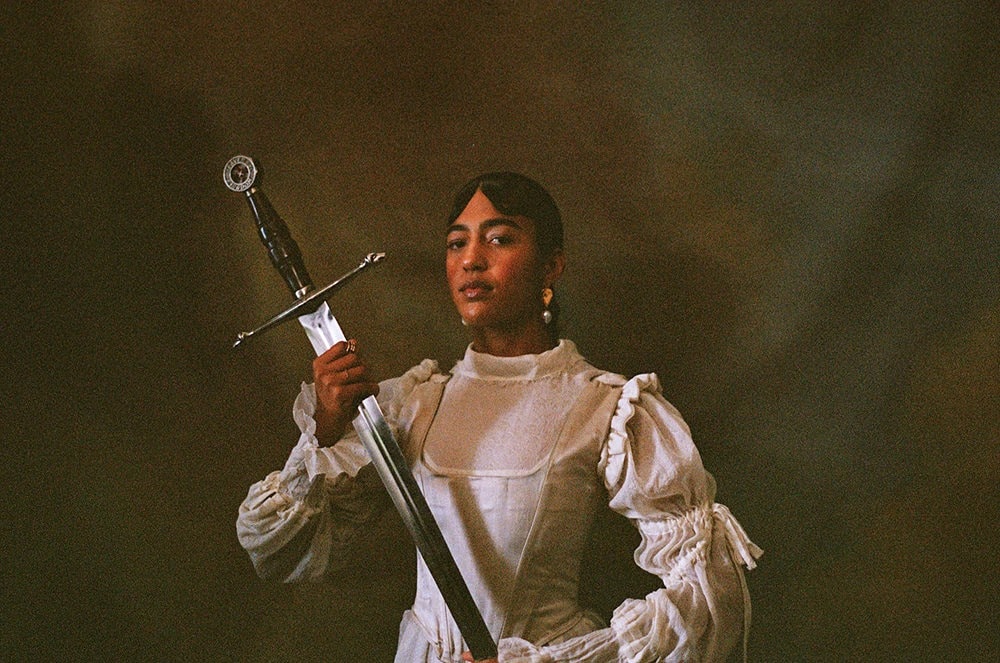 London-based up and comer Hope Tala has revealed the official video for her latest single, “Cherries” feat. Amine, which is taken from her stunning new EP Girl Eats Sun, out now. The video was directed by Anna Fearon.

With her unique blend of R&B and bossa nova, Hope Tala has crafted a sound that already feels recognizable to her, and there is plenty more on the way. Speaking on “Cherries,” Hope Tala states:

“Since I started writing music, I’ve used fruit imagery; I’ve always been inspired by the Garden of Eden and the story of Adam and Eve. I think of ‘Cherries’ as being a really corporeal song – there’s a lot of lyrical content about how the body portrays feeling and emotion, and when I was writing it I used the symbol of cherries as my focal point to help me understand where these two worlds – material and emotional – collide.”

With EP track “All My Girls Like To Fight” currently spinning across BBC Radio 1 as Introducing Track Of The Week, Hope Tala has had a prolific couple of months, returning after a year away to reveal “All My Girls Like To Fight” and “Crazy” to widescale plaudits from press around the globe, as well as featuring on key Spotify playlists Pollen & Alternative R&B. Girl Eats Sun is the follow up to Hope Tala’s stellar EP Sensitive Soul, a project acclaimed by areas such as Rolling Stone, Vogue and more and featuring Hope Tala’s breakthrough single “Lovestained,” a track which has racked up over 10 million streams since last year. Speaking on Girl Eats Sun, Hope Tala explains:

“At the core of ‘Girl Eats Sun’ is an assertion of confidence and boldness. The title is a paraphrase of ‘if you can’t take the heat, get out of the kitchen’ – as the girl eating the sun I’m daring and fearless. I chose this title because I feel as if the songs and stories on this project are more vivid and inventive than anything I’ve released thus far, and I’ve pushed my sound in different, exciting directions.”

Now represented by Dina Sahim and Wassim “SAL” Slaiby at SAL&CO (The Weeknd, Doja Cat, Brandy, Bryson Tiller), Hope Tala is ending 2020 with a flourish. Look out for more in 2021.