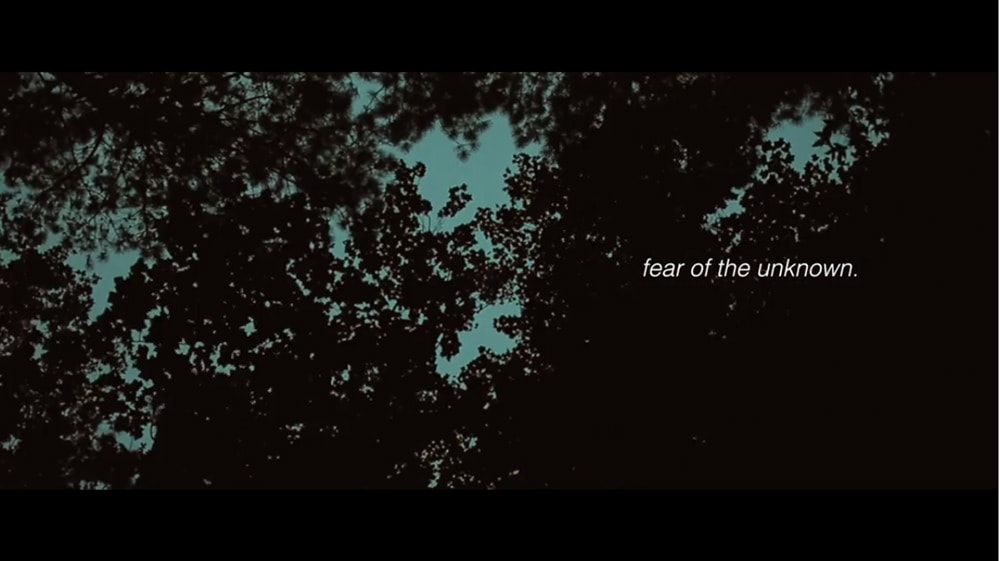 Mayday Parade have released the music video for “I Can Only Hope,” which marks the third and final video release alongside their Out of Here EP. In addition, they band has announced a full-album virtual show of their fan-favorite sophomore album Anywhere But Here on December 5th – tickets are available here.

The video was directed by longtime collaborator Guadalupe Bustos and opens on a fall day with a powerful quote from H.P. Lovecraft. In the video, each of band members – Derek Sanders, Brooks Betts, Alex Garcia, Jake Bundrick, and Jeremy Lenzo – appear to be running from something – though the audience can’t be sure what that is. The song was written about a time of fear and uncertainty for drummer Jake Bundrick, who says: “’I Can Only Hope,’ simply put, is about my father. He recently had some medical issues in Georgia and being that I live in California, I felt so far away. The song is about being terrified. It’s about that uncertainty whether someone will pull through something so difficult. It’s about the unknown that follows all of it and never forgetting the sounds or senses of the moment when you received the news.”

“I Can Only Hope” is pulled from the band’s most recent body of work, the Out of Here EP, which dropped last month via Rise Records. Born out of the band’s last recording sessions together before the pandemic started in March, the EP’s three songs were produced by longtime collaborators Zack Odom and Kenneth Mount.

After celebrating Anywhere But Here’s 10-year anniversary last fall with a very limited run of live shows, the band has decided to bring a full album performance of the LP to fans via a virtual show on December 5th. Anywhere But Here was produced by David Bendeth (Paramore, Bruce Hornsby) and released on October 6th, 2009 (Atlantic Records). It was the first album by the band to make debuts across several Billboard charts (#31 Billboard 200, #8 Alternative Albums) and spawned several successful singles including “The Silence” and “Kids in Love” that went into regular rotation at radio & MTV. Though the album pre-dates the rise of Spotify and Apple Music, Anywhere But Here has racked up over 88 million plays on the two platforms, proving itself a lasting fan favorite.

Check out the video for “I Can Only Hope” now and stream or buy Out of Here via your preferred listening service. For tickets to watch Mayday Parade’s Anywhere But Here virtual show, click here and visit www.maydayparade.com.