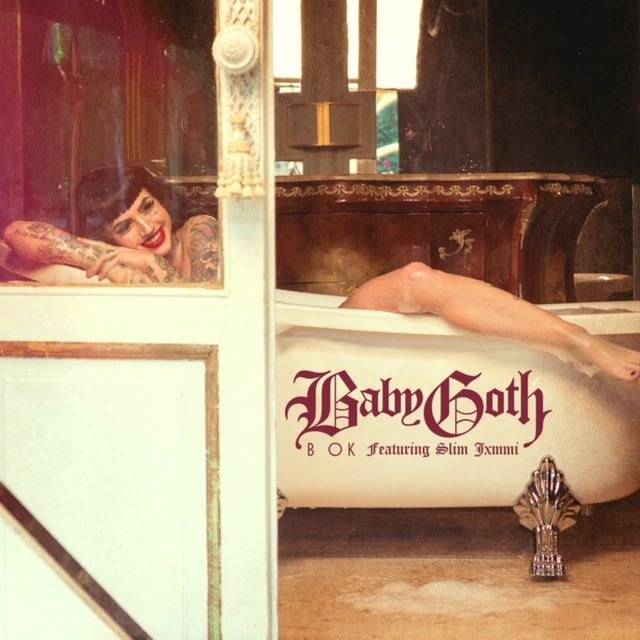 On the track, which is produced by JetsonMade, sunny production glistens underneath her melodic crooning before Rae Sremmurd’s Slim Jxmmi pulls up with a slick and smoked-out verse. It builds towards a hook everyone needs to hear right now as Baby Goth assures, “We gonna be OK.”

Meanwhile, the starlet personally co-directed the sexy accompanying music video with Alan Be. In the visual, she channels her inner pinup by reimagining iconic Bettie Page shoots with a whole lot of attitude and a little weed smoke. Watch the video below.

Through a cloud of smoke, under a gallon of ink and behind a quietly rising counterculture, Baby Goth sprinkles a dash of darkness and a dash of danger across hip-hop, alternative and pop. Her 2019 self-titled debut EP Baby Goth generated 30 million-plus streams as the lead single “Swimming” feat. Trippie Redd & Lil Xan amassed 4.7 million Spotify streams and 8.5 million YouTube views. Meanwhile, “Sugar” feat. Wiz Khalifa eclipsed 1.1 million Spotify streams and 4.7 million views. In early 2020, she teased the oncoming storm with “Afterparty,” which quickly surpassed 1 million Spotify streams and 1 million views on its iridescent video. She has received press praise from HYPEBEAST, Complex and more as LA Weekly recently claimed she “brings a breath of fresh air to the pop/R&B/hip-hop landscape.”