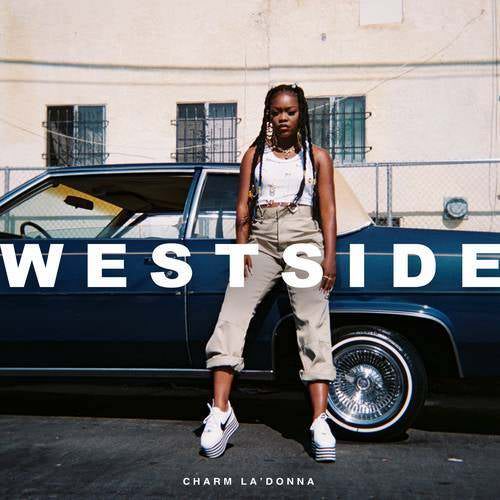 On the heels of widespread acclaim for her official debut courtesy of Billboard and more earlier this year, Charm La’Donna has unveiled a new single entitled “Westside” today. Get it HERE via Epic Records and watch the video below.

The rising rapper, artist, dancer, creative director, songwriter, VMA Award-winning choreographer, and proud Compton native adds her own contribution to the canon of West Coast hip-hop. She charges up tight bars with empowered lyricism drawn from real life lessons and accented by street wisdom and charm. With a knockout hook, she instantly captivates.

Earlier this year, she made her introduction as an artist with the single “So & So.” Billboard described it as “tender,” while LA Weekly predicted, “plenty to look forward to as La’Donna makes the transition from behind the scenes professional to full-on musician.”

Projecting the voice of the streets from a perspective not heard often enough, Charm asserts herself as a beacon of resilience for girls in the hood and beyond. She continues to embody “Black Girl Magic” as an impressive multi-hyphenate. For years, she has impacted the culture from behind-the-scenes, choreographing and creative directing for the likes of Kendrick Lamar, Dua Lipa, and Ella Mai. Among many accolades, she appeared on Lamar’s DAMN. Tour and 2018 GRAMMY® Awards performance. Plus, she envisioned and executed the routines in Rosalia’s “Con Altura” music video, scoring the VMA in the category of “Best Choreography.”

Now, she steps into the spotlight and takes a ride towards stardom with “Westside.”