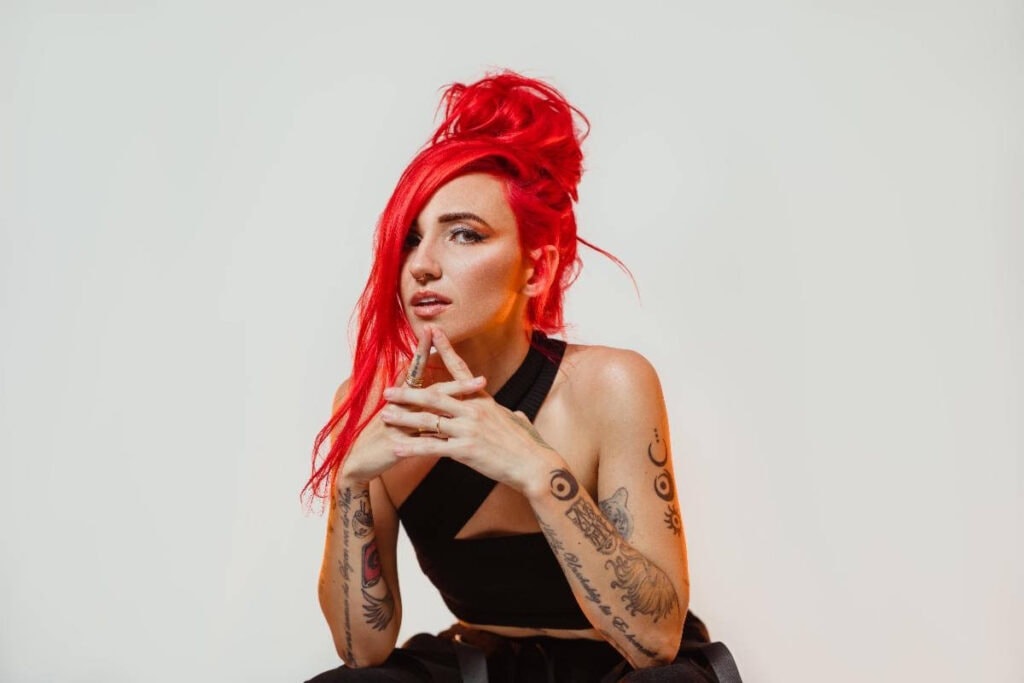 Alt-pop icon Lights has shared a holiday cover of “Deck The Halls.” Reimagining the classic Christmas tune, Lights brings her signature style to the track with electric guitar and her distinctly sweet and powerful vocals. “Deck The Halls” is available now on all streaming platforms.

Lights commented on the track, stating, “This cover was originally for a Christmas movie soundtrack and they said it was too depressing and I said, ‘sounds about right.’ Happy 2020 Xmas!”

Released this August and available now on all streaming platforms, the Dead End remix LP boasts three original tracks and five remixes (co-produced by Lights and MYTH) that completely reimagine fan favorites, including a new take on Lights’ platinum smash “Up We Go.” Fans will recognize the dance-infused interpretations from their appearance in Lights x MYTH’s remix set on the US leg of deadmau5’s cubeV3 tour earlier this year.

Heralded by singles “Batshit” and “Dead End,” the title track has been praised by Billboard as “ridiculously catchy,” with Idolator attesting the single “perfectly straddles the pop and electronic worlds,” and EDM.com declaring “Dead End” is “an expertly crafted blend of pop and electronica with a chorus that will be locked in your head all day long.” Dead End continues Lights’ prolific hot streak this year, as she crosses genre boundaries and captivates listeners. In May, she unveiled AM 444, a collaborative EP with i_o—shared via mau5trap. She also took home her fourth JUNO Award, winning 2020’s “Dance Record of the Year” for the platinum smash “Love Me” with Felix Cartal. Earlier this year, Lights collaborated with Steve Aoki and Linkin Park’s Mike Shinoda on the track “Last One To Know,” featured on Aoki’s star-studded new album Neon Future IV.

Lights has boldly become an inescapable presence throughout pop, alternative, and electronic music. Over the course of her career, the artist has built an incredibly passionate fanbase – selling out tours around the world, racking up over 100M in U.S. streams and earning four JUNO Awards, including “Pop Album of the Year” for Skin&Earth, the Canadian singer’s fourth record and her most open and vulnerable to date. Along the way, she has collaborated with everyone from Travis Barker, deadmau5, and Steve Aoki to Mike Shinoda of Linkin Park, Kaskade, and more.