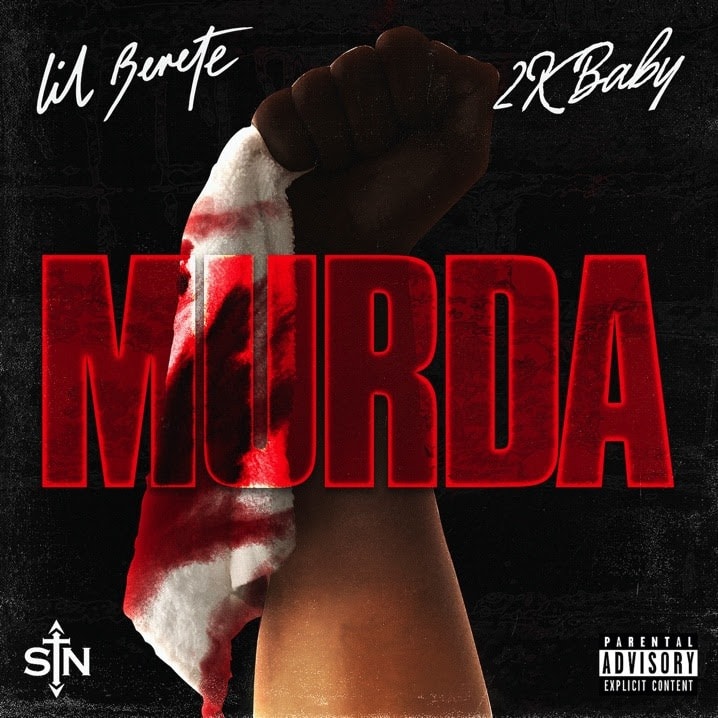 Acclaimed rapper Lil Berete – who has been heralded by Complex, XXL, The FADER, and HYPEBEAST as being Toronto’s most important new MC on the scene – has teamed up with Louisville rapper 2KBABY on his latest single “Murda” available now across all streaming platforms via The Orchard. The track – co-produced by Skeem, Ethan Frost, and Unimerce – is the lead single lifted from Lil Berete’s forthcoming album Icebreaker 2 due out in early 2021.

On his new single, Lil Berete shares, “I made ‘Murda’ as a way to communicate to the world how we as Black men are being profiled by authorities worldwide. Unfortunately, it’s not just an American issue, it’s a worldwide issue. As a Black man growing up in Regent Park (Toronto, Canada), we get profiled by the police every day, and most of the incidents that occur within our community aren’t even reported in the news – this is why we feel like society believes that Black lives don’t matter and this is the reason we are trying to convince the world that Black lives do in fact matter. The Black community in Canada is only 3% of the population, so it’s hard for the general population to properly empathize with what we go through on a daily basis. We’re just trying to raise awareness for this systemic form of racism so that those who outnumber us can help us change these institutional issues.”

Berete continues: “The craziest thing about ‘Murda’ is that I wrote the song 2 weeks before George Floyd was murdered, I had those thoughts before he was brutally killed – which was incredibly prophetic. It was only right that I reached out to 2KBABY to jump on the song as he is not only a Black male the same age as me with similar subject matter in his music, but he is also from Louisville, Kentucky, which is where Breonna Taylor was murdered. We decided to shoot the video in Atlanta as the city is a symbol of Black empowerment in a part of the world that is surrounded by overt racism: the South. The main thought I want to convey to the world with ‘Murda’ is that not only do Black adults go through this, but kids do too. And if I make it out and stand on these principles, then anyone can too.”