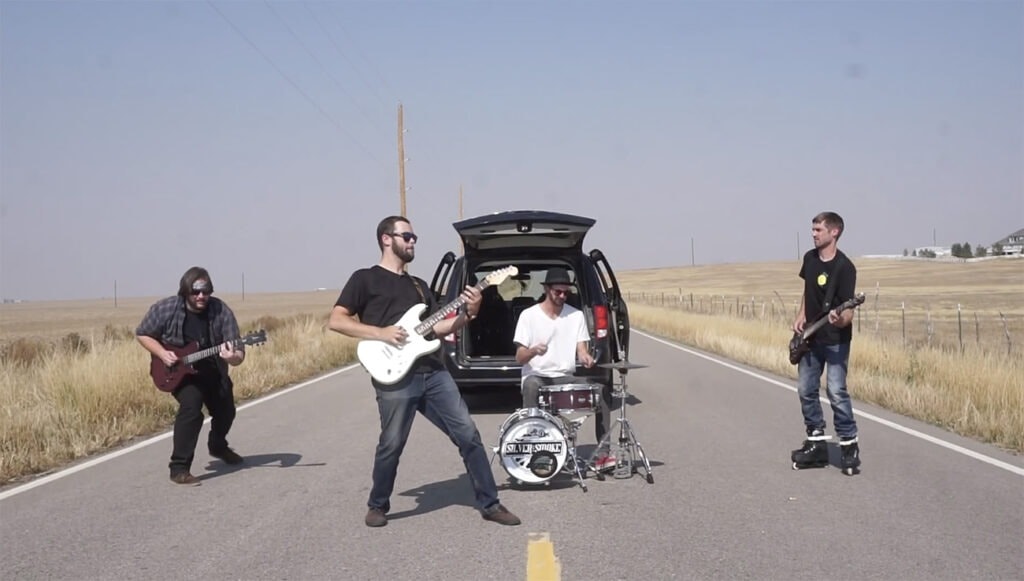 In January of 2020, Colorado home-grown blues rock band, Silver And Smoke had just sold out The Bluebird Theater – an iconic Denver venue. Riding that wave of success, they hit the road for a tour to Nebraska, Kansas, Texas and SXSW, which was unfortunately cut short abruptly in March due to the COVID-19 pandemic. Contemplating what this all meant for an up-and-coming, four piece, DIY, rock and roll band, Silver And Smoke turned inward to record/film a new single and music video for their up-tempo highway tune, “Take It Slow”.

“Take It Slow”, the band’s latest single, was recorded at the renowned Boulder, Colorado recording studio and academy, KMGLife. The upbeat, comical and fun-loving music video was conceived, written, and filmed by the band on a county road on the eastern plains of Colorado.

Of the new video, the band said, “It’s been an unforgettably wild year, so turn it on, turn it up, and take it slow!”

Silver And Smoke was founded in 2015, and are known among their followers to be somewhat of a genre-less band. Just browse through the Silver And Smoke Spotify channel to hear the boundary bending influences and various moods of songs. While the roots are mainly rock and roll, Silver And Smoke dabbles in blues, country, hard rock, folk, pop, jazz, Americana, ska, reggae, among other stylings. They have played stages big and small, festivals, fairs, bars, and just about everything in between.