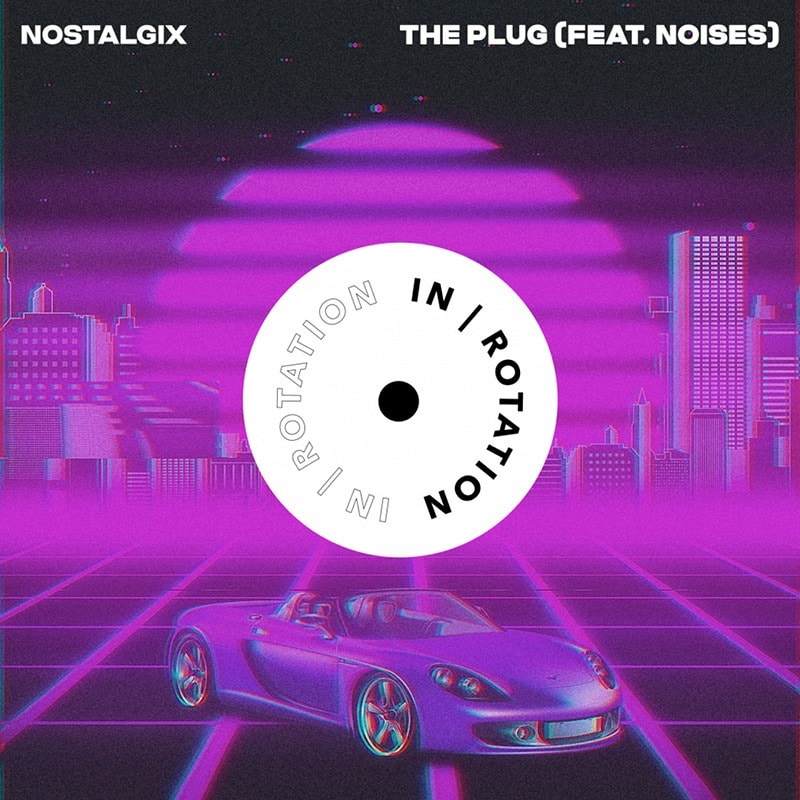 Nostalgix reups on another release on Insomniac’s IN / ROTATION imprint, only this time she’s serving up a standalone single that arrives in the form of “The Plug.”

At the top of 2020, Canada’s Nostalgix made her debut appearance on Insomniac’s house-centric imprint with a carefree vocal feature on PEACE MAKER!’s “Don’t Really Care,” which found a spot on the second installment of the label’s ongoing ‘Rotate’ compilation series. While she’s been known to flex her vocal chops every now and again, the burgeoning talent has made even bigger moves on the production front with a gang of house tunes that are laced with a potent bottom-end. For her follow-up issue on IN / ROTATION, she’s reversing the roles by taking care of the beat-making this round and handing off the vocal duties to label regular NOISES.

She keeps the bouncy vibes on deck all day long with “The Plug,” a buoyant and up-to-no-good bass house joint. The tune is punctuated with a playful yet serious attitude that lets you know it means business. Across the three-minute run, Nostalgix dips into a dank combination of punchy basslines, squawking synth riffs, on-point whistle fills, mean-mugging growls and shimmying keys from the lower register to help the whole piece maintain a low profile. NOISES works his magic on the mic, hitting a clean cadence on top of the poppin’ groove she throws down. With their skills working in tandem, there was never any doubt that they would secure the bag.

“‘The Plug’ is all about rolling up to the club in style and having a good time,” says Nostalgix. “I wanted to have a lot of fun with this record, so I produced a super energetic and bouncy instrumental. Then, I teamed up with NOISES to bring fun vocals to the song. ‘The Plug’ is certified to make you dance!”

Holding it down for the house scene in Vancouver, Nostalgix has quickly established herself as one of her country’s finest exports. As her name implies, she’s built a reputation for scraping through influences from her formative in the ‘90s and touching them up so they sit neatly in the context of modern-day dancefloors. Banking off an affinity for hip-hop and pop elements from the days long gone, her style is wrapped up in a sense of familiarity without ever feeling rinsed out. In the last two years, she’s pushed out raucous rhythms for a whole host of crews, such as Night Bass, Confession, Dim Make, and Do Not Duplicate, to name a few. By the looks of her debut solo single on IN / ROTATION, it’s fair to say Nostalgix is setting up shop in all the right places.