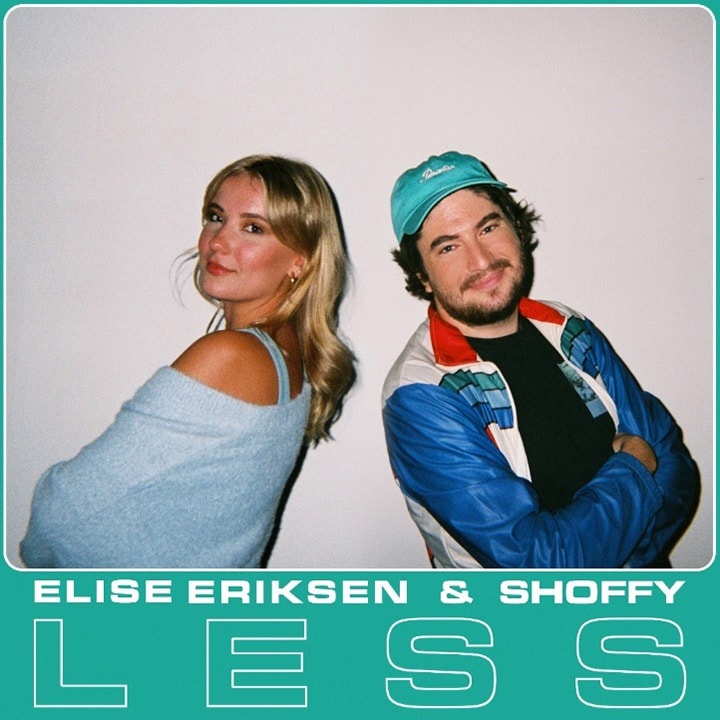 With its shimmering textures and bass-heavy grooves, “Less” finds Elise and Shoffy trading off verses as they reflect on the increasing distance between two partners. But despite its bittersweet mood, the up-tempo track is endlessly brightened by Elise’s radiant vocal presence.

“I’m so excited that this song is going to be out in the world! It’s a catchy, soulful record that I love for its upbeat vibe and heartfelt lyrics. I had so much fun making this song my own,” shares Elise.

Shoffy added, “Excited to be part of this song! It’s so awesome that it’s Elise’s debut single, and I’m honored to be featured on it. The beat and melody are fun and catchy, and her voice sounds so great on it. I found myself dusting off the bass in the closet and playing along, learning the part. Also, it’s very cool that such a talented group of people are involved – Elise, Stargate, Julia Michaels, Blu DeTiger. I hope people dig it!”

Although it’s taken on an all-too-relatable significance in the pandemic — especially on wistful lyrics like “I want less space between us” — “Less” was initially created under completely different circumstances. After overhearing her father (GRAMMY-winning producer Mikkel Eriksen) working on an early version of the track, Elise felt immediately grabbed by the melody and was determined to rework the song. With Julia Michaels’ blessing, she then reimagined “Less” according to her own distinct vision, and quickly caught the attention of Shoffy and Blu DeTiger (who plays bass on the track).

“The first time I heard ‘Less’ I was really struck by how the chords were sort of jazzy, because I have such a huge appreciation for jazz,” says Elise, who names Ella Fitzgerald and Etta James among her all-time favorite singers. “It’s such a perfectly crafted song, and I love how there’s this new meaning to it now everyday life has been so drastically altered. I think everyone can relate to feeling isolated, and just wanting to connect and be together again.”

Originally from Norway, Elise moved to New York City before she learned the language of her native country and is now based in Los Angeles. As the daughter of one half of uber-producers Stargate (Rihanna, Katy Perry, Coldplay, Jay Z), she grew up in the studio surrounded by some of the world’s top artists and songwriters, which instilled in her the hard work and dedication needed to succeed. After devoting years to playing piano, refining her vocal skills, and honing her songwriting craft, the 17-year-old has mined inspiration from artists as eclectic as Stevie Nicks, Alicia Keys, and Don Toliver to form her own emotionally honest yet feel-good form of pop.

With more music to come, make sure to keep an eye on Elise as she gears up for an exciting 2021!