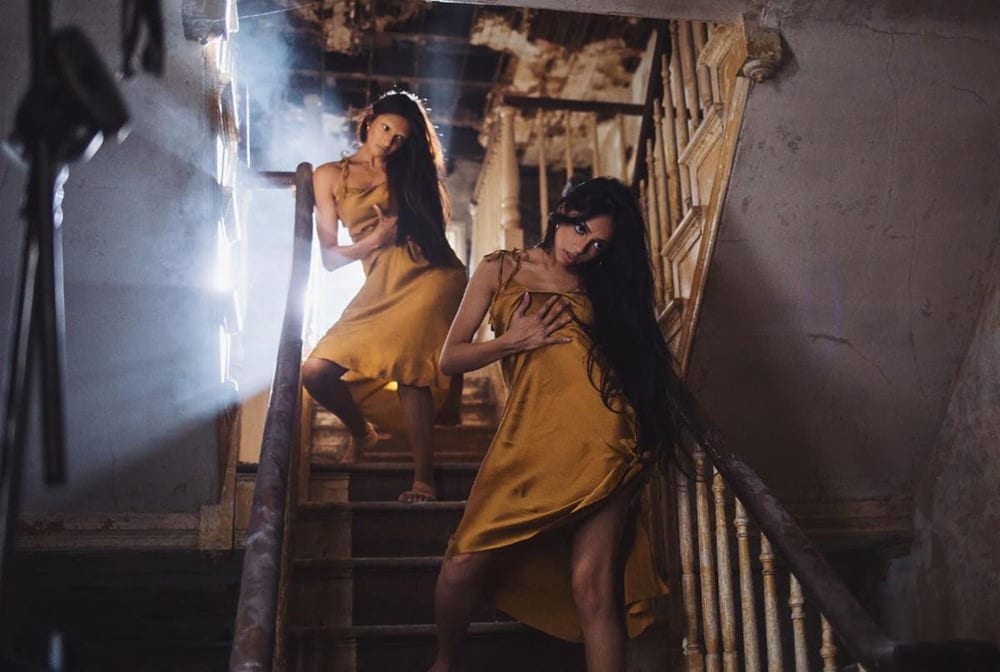 A striking foot forward into the world of relationships struggling under the weight of one partner’s depression and the failed attempts to get through to each other, “Mr. Incredible” cleverly subverts the Disney character of the same name (and his tagline: “I work alone”) in a story about isolation and the coldness that comes from the fractures silence can cause. With an evocative and emotional video directed by her sister, Ishana Night Shyamalan, Saleka’s “Mr. Incredible” tells the story of a couple whose love is stifled by their inability to communicate.

Saleka began writing the song last year with the visuals already in mind, knowing early in the creative process that she wanted to represent stalled communication with a crumbling house, a once-flourishing home that now appears neglected and abandoned. “The lyrical metaphor of the song is this desire to make a home, a place of comfort and safety and stability, and instead just watching it fall apart around you,” the 24-year-old says. “In the process of making the video, it developed into the idea of fragmentation of self and how, in trying to reach somebody who won’t let you, you end up falling apart yourself.”

“Mr. Incredible” is also Saleka’s second video directed by her sister and choreographed by her friend and collaborator, Saleena Khamamkar, who worked with the singer on realizing the ideas this lyrically driven song vividly expresses through motion and dance. In the visual, Saleka splinters into doppelgangers who all mirror different, increasingly more frustrated pieces of her psyche as she begins to break down. “This idea came before the pandemic, but with quarantine came this overwhelming, universal feeling of being stuck in a physical and emotional space with no way to connect,” she says.

Saleka released her debut single, “Clarity,” in September of this year to immediate acclaim. Refinery29 said Saleka “calls upon the sounds of the R&B greats for her soulful debut, sounding every bit like the legends that she’s closely studied for years.”

Saleka is gearing up for a busy 2021, with more music and visuals to join “Clarity” and “Mr. Incredible” in her fast-growing catalogue. Stay tuned for more on this must-hear new artist in the coming months.