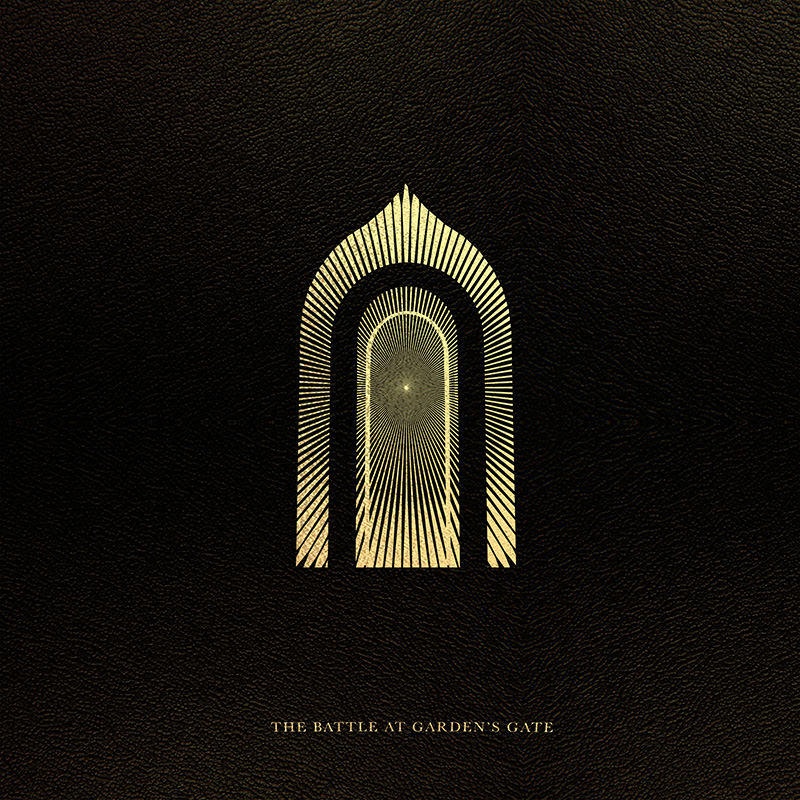 After three years, one-million concert tickets sold across five continents, four consecutive #1 singles, a GRAMMY Award, and performances on “The Tonight Show” and “Saturday Night Live,” Greta Van Fleet are hurtling into the future with their second album, The Battle at Garden’s Gate due April 16, 2021 (Lava/Republic Records). The album can be pre-ordered HERE.

A bold evolution from the band’s 2018 full-length debut Anthem of the Peaceful Army, The Battle At Garden’s Gate came together primarily on the road or while in the studio after the runaway success of 2017’s “Highway Tune” led to the band packing up, leaving home, and eagerly soaking up new experiences on an extended road trip around the world.

Today, the band have released a new song from the album, titled, “Age Of Machine“. Listen to it now below.

Over the past three years, Greta Van Fleet – vocalist Josh Kiszka, guitarist Jake Kiszka, bassist Sam Kiszka, and drummer Danny Wagner – played to hundreds of thousands of people across North America, Europe, Japan, Australia, South America, New Zealand, and the UK. While driving to gigs, the first-time world travelers passed many unfamiliar sights, from the favelas in Sao Paulo to the Gold Coast of Australia and everywhere in between, meeting and enjoying conversations with fans and other musicians that opened up new worlds to them. To cap off the change-filled era, the quartet moved from Michigan to Nashville, immersing themselves in Music City’s rich history. The melding of all these experiences opened their eyes to amazing new worlds of culture, history, philosophy and spirituality – and ushered in an entirely new way of looking at life and the approach to their music.

Accordingly, Greta Van Fleet poured everything they experienced into these new songs – the music reflects their spiritual and intellectual growth, increased awareness of the inequalities plaguing the modern world, and deep empathy for what other people are going through.

“We realized that while growing up, we had been shielded by many things, and we were unaware of a lot of things,” says drummer Danny Wagner. “And then we were thrown out into this huge world, and it was a bit of a culture shock at first. But as we started to travel a lot, meet new and different people and experience different cultures, our definition of ‘normal’ changed.”

In general, the album’s arrangements are spacious and leisurely, giving the music pleasing dynamics, as the band touches on all manners of rock ‘n’ roll. The Battle at Garden’s Gate is cinematic, capturing the breathtaking energy of an exciting fight scene or the smoldering passion of a brooding, heroic protagonist saving the day. The new music also illustrates that the members of Greta Van Fleet are paving the way for a new generation of musicians – ones that use rock ‘n’ roll’s foundational elements to build an entirely new sonic blueprint.

Sonically, The Battle at Garden’s Gate also feels bracingly modern, an embodiment of genre-blended musical freedom. Recorded in Los Angeles with Greg Kurstin (Foo Fighters, Paul McCartney), the album is ambitious and expansive, marked by epic journeys such as the second single, “Age of Machine,” released today (check it out HERE), and the Top 5 rock hit “My Way, Soon,” which boasts a towering chorus hook and rip-it-up-and-start-again lyrics.

Josh explains, “It’s very dynamic, lyrically speaking. And that’s the human experience. It’s much more than pain or fear; it’s also beauty. People need people, and love is important.” Lyrically, The Battle at Garden’s Gate muses about the influence of technology on modern life; the role conflict plays in the global sphere; the deceptive fulfillment of tangible riches; and philosophical questions about life, love and power.

“There was a lot of self-evolution happening during the writing of this album that was prompted by experiences I had, experiences we all had, so a lot of contemplation occurred,” Josh says, while Jake adds, “It’s reflecting a lot of the world that we’ve seen, and I think that it’s reflecting a lot of personal truth. What Josh does very well with the lyrics is telling ancient tales with a contemporary application.”

For Josh, working with Kurstin provided the confidence he needed to push his songwriting into these vivid dimensions. “I’m always a little bit hesitant about my abilities as an artist; I think a lot of artists feel that way,” he says. “But Greg hovering over me while I’m on the piano, taking an interest in what I was doing – that was really important for me.”

That added confidence is obvious. Josh sounds commanding on each song, stretching his already-acrobatic voice to newer heights, while the instrumentalists fearlessly push themselves into new territory. Easy going organ and acoustic folk-rock riffs drive one song, while another ends in a torrent of guitar noise that rivals Neil Young’s onstage guitar freakouts with Crazy Horse. “For all of us, the performances – and the aspects of them that are captured – preserve where we’re at musically in time right now,” Jake says.

The future is unwritten, and the sky’s the limit for these curious travelers and truth-seekers. Josh says, “certainly after this, we’ve grown in so many ways. This album has taught us a lot, about life in general, about ourselves, about all of us, about the world we live in.”