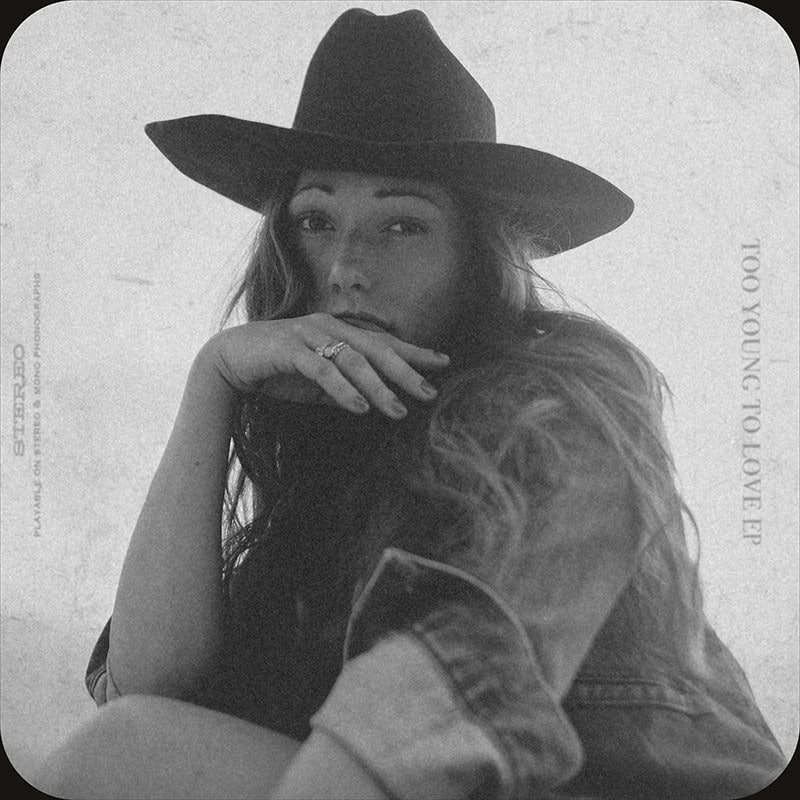 Singer-songwriter Mabes has shared her second extended play of the year, a post coming-of-age story that splendidly showcases the British artist’s poetic prowess. Entitled Too Young To Love and featuring new single “Catch 22” out now via The Other Songs, the 4 track EP is a testament to her ever-evolving folk and pop-forward sound. The new music arrives exactly one year after her debut album Wait & See and follows her Keeping The Noise Down EP, with both EPs amassing critical acclaim from the likes of 1883 Magazine, American Songwriter, Clash, Culture Collide, Earmilk, Euphoria, Ones To Watch, Sounds Like Nashville, and The Independent among others this year.

Kicking off with the title track, the introduction to the Too Young To Love EP captures the essence of steadfast, adolescent love and all its highs and lows. While Mabes creates an inviting atmosphere for the listener with her warm harmonies and signature string melodies, her lyrics mirror a personal discourse full of uncertainty. She questions, “When is it worth the fight through struggles? And when is it time to walk away? Is it love? Or are we just comfortable and too fearful of the hurt if we said goodbye? What is love? At 24, maybe I’m too inexperienced to know, maybe I’m too young to love…”

Rounded out by poignant tracks like “Danny” and the refined tenderness of “Caught Up,” we additionally see Mabes mix up the script by putting herself into the mindsets of several fictional characters. Mabes’ inspiration for “Danny” stems from her admiration for Laura Marling’s storytelling and is sung from the perspective of a military wife. She notes, “When I was younger, I would see many wars reported on the news. I always wondered how people in the armed forces and their families coped with the reality of the job. So in this case and for this song, the character I’ve invented is Danny, the soldier that left for war and doesn’t come home.” On the other hand, “Caught Up” was written at the start of lockdown, when so many around the world were kept apart from their family members and loved ones. Mabes says, “FaceTime and Zoom is great, but when you love and miss somebody, seeing them on a screen just isn’t the same as holding their hand or laying your head down on them.” In the video that launched alongside the song, Mabes embodies and honors the women that paved the way for artists like her around the world, notably iconic trailblazer Bobbie Gentry, who was one of the first female American singer-songwriters to compose her own original content.

Slow-burner finale “Catch 22” closes one door in Mabes’ journey as another begins to open. Building on from the sentiments of “Too Young To Love” at the start of the EP, Mabes struggles to come to terms with where she stands in her relationship with her spouse and with herself. The fear of loneliness, regret, and making the wrong choice is vastly present in the way she croons her verses over somber acoustics. Ultimately she knows the only healer is time. She explains, “In the song I talk about going out for the night with my friends, dancing the night away and putting on a smile. But when I’m all alone in my bed, I’m longing for my lost love who is not there and doubting my decision to break it off with them. Maybe it’s human nature to need someone to hold at night, or maybe I’m not that good at being alone. it’s that classic catch 22 situation where I can’t win either way.”

While her Keeping The Noise Down EP (released earlier this year via Amuse) and the visual components were one collective art piece representative of her growth during her teenage years, the new EP shines a light on love and loss, as well as questions yet to be answered and lessons to be learned in due course. Nevertheless, Mabes demonstrates her ability to move listeners “without too many bells and whistles” from beginning to end on Too Young To Love. She concludes, “Sonically, this EP is the calm before the storm as next year I’m going on an adventure.”