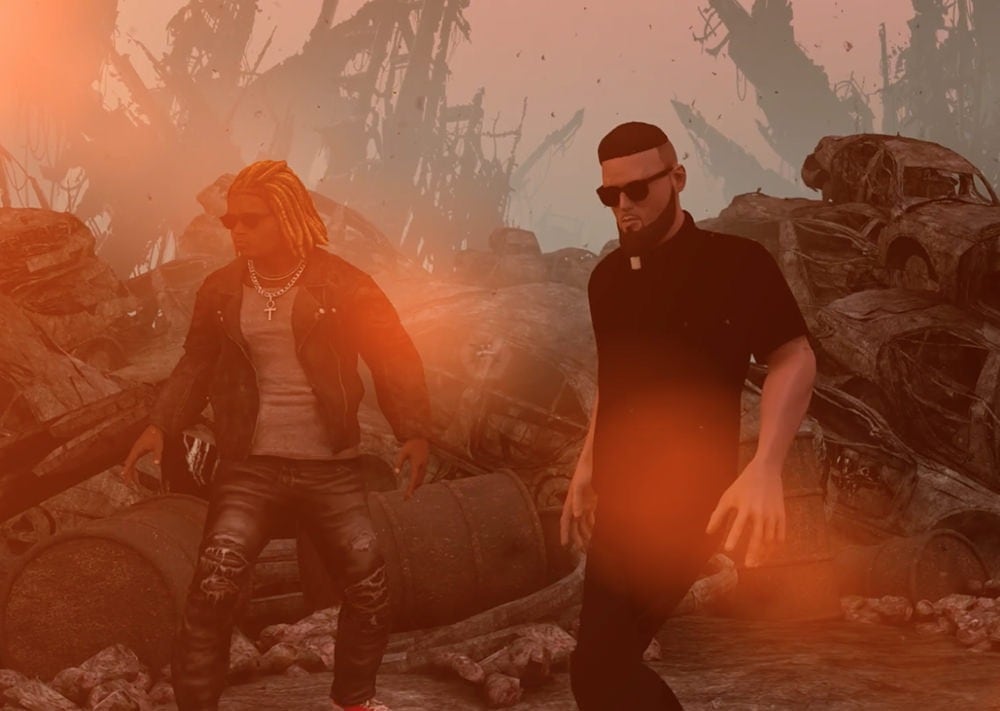 Tchami and Gunna have dropped a 90s video game-style official video created by animator and director Steve Cutts for their collaborative single “Praise“, out now.

The engrossing official video for ‘Praise’ channels an old-school 8-bit video game aesthetic, with both Tchami and Gunna featuring in cartoon style amongst visuals that crank up the nostalgia vibes. Incorporating a myriad of influential and classic gaming styles, the evolution of the technology runs in parallel with the tracks development leaving the nostalgia-drenched official video for ‘Praise’ as the ideal complement to the infectious house vibes of the track itself.

One of Tchami’s most successful releases to date, ‘Praise (feat. Gunna)’ has racked up nearly 6 million global streams since its October release. The single comes off his recent debut album, Year Zero, an acclaimed LP that peaked at #1 on the iTunes Dance Album chart in France and #3 in the US and Canada upon release. Garnering support from the likes of Billboard, Paper, Vulkan, EDM.Com, Dancing Astronaut and DJ Mag FR, the record has turned the heads of all the right people.

Coining the term future house, and widely recognized as it’s creator, Tchami has released chart-topping singles over the course of his career including ‘Promesses’, ‘Adieu’, and ‘Afterlife’, and culminated over 475 million streams across platforms. In 2020, Tchami has reached new heights as a producer, where he has co-produced four singles from Lady Gaga’s Grammy-nominated CHROMATICA album: ‘Stupid Love’, mega collaboration with Ariana Grande ‘Rain On Me’, ‘1000 Doves’, ‘Babylon’.

Hailing from College Park, Georgia, Gunna is one of the most exciting rappers to have emerged from the world of southern hip-hop in recent years, bursting onto the scene with debut mixtape Drip Season in 2016. He has since collaborated with the likes of Young Thug, Lil Baby and Future, also dropping his album Wunna earlier this year.