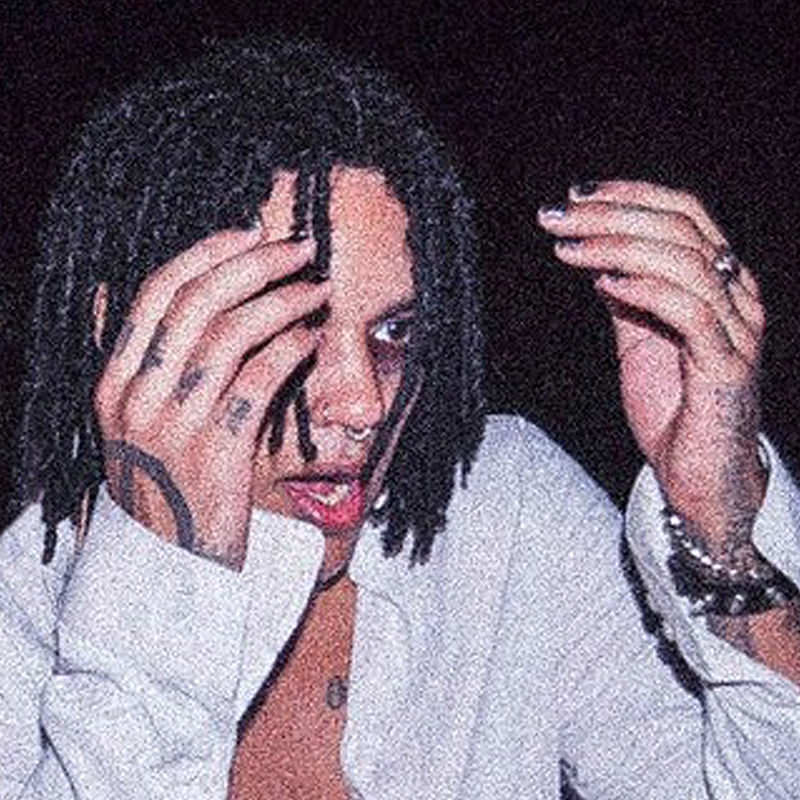 Today, South Florida artist POORSTACY has released his latest single “Hills Have Eyes,” out now via 10K Projects. His final release of the year, “Hills Have Eyes” finds the artist at the end of his biggest year yet. Featured on the GRAMMY-nominated soundtrack for Bill & Ted Face the Music and with recent collaborations with iann dior and Blink 182’s Travis Barker this year, POORSTACY proved that he is just getting started.

Growing up on a diet of punk, metal, and hip hop, rising artist POORSTACY is a sum of disparate influences. The 21-year-old singer, rapper and guitarist spent his formative years performing shows in small venues around his hometown of Palm Beach, Florida: “There’s a real metal scene out here. Lots of punk rock, gothic stuff. I’ve chosen to actually make music based on what I grew up around.” Combining the power chords and angst of punk with the 808s and half-sung melodies of modern hip hop, POORSTACY quickly gained the attention of record label 10K Projects, who signed the young artist in early 2019. With lyrics often focused on themes of isolation and anxiety, POORSTACY’s work feels both intimate and universal, and has led to collaborations with multi-Platinum selling producer Nick Mira (Juice WRLD, Post Malone) and, most recently, Blink-182’s Travis Barker.

Since the beginning of his music making, POORSTACY’s influences have remained eclectic, ranging from Slipknot, Billy Idol, Earl Sweatshirt and Flatbush Zombies. Citing legendary Z-Boys skateboarder, Stacy Peralta, as the inspiration behind his artist name, he notes, “Stacy Peralta himself was not shown a lot of attention at the start, but he ended up being one of the biggest legends in skateboarding in the end. I always loved the idea of that, of doing your own thing and having it pay off.” Also citing films like V For Vendetta, Rob Zombie’s remake of Halloween, and Trainspotting as inspiration, a core tenet of POORSTACY’s songwriting is drawing metaphors from unlikely sources.

His debut album, The Breakfast Club, was released at the beginning of 2020, a nod to the 1985 cult classic. “The album was written based on pure instinct and raw emotion,” he reflects, “I want people to understand themselves by hearing their feelings put into words through me.” Featuring labelmate iann dior, The Breakfast Club was a hip hop/punk record which reflected his South Florida upbringing and proved his ability to create a large cohesive project. With punk and metal-heavy tracks like “Hotel” and “Afraid,” POORSTACY shows off his range and his fearlessness as a songwriter.