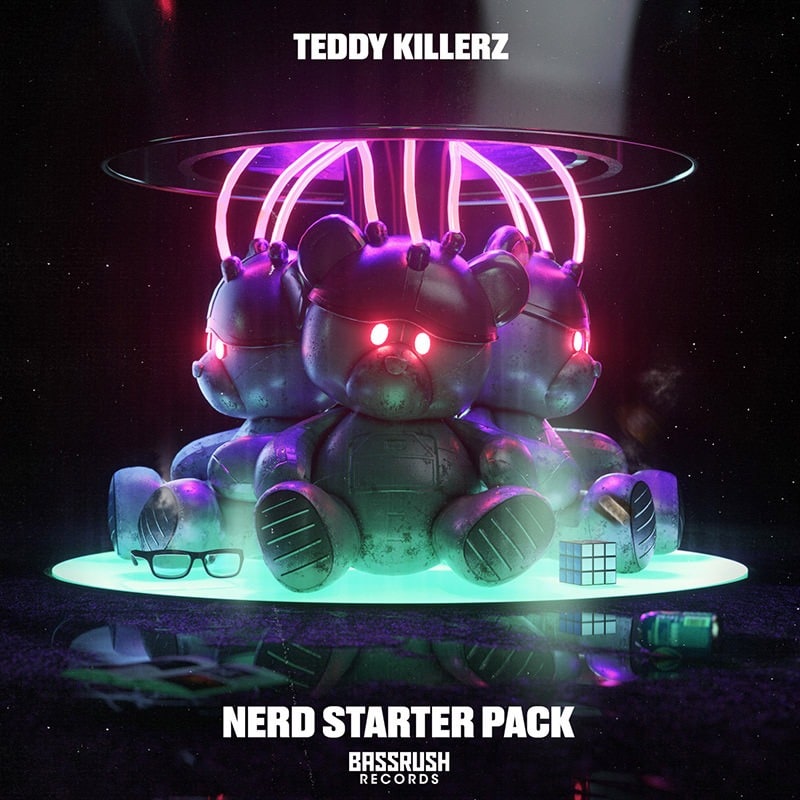 Teddy Killerz are touching down on Bassrush Records with their debut appearance arriving in the shape of their forthcoming Nerd Starter Pack EP. Listen to the EP now below.

The voracious triple threat from Russia/Ukraine known as Teddy Killerz—the three-headed beast comprised of Grigory Cherekaev, Anton Mashevsky and Oleg Cholovskii—have steadily grown to become one of the most prolific projects to have surfaced on the drum & bass circuit. Over the years, the trio has continually climbed to the top of the food-chain on the back of some of the heaviest and hardest-hitting cuts feeding off of their taste for blood. The boys are now sinking their teeth into the Bassrush catalog with a three-track package, ‘Nerd Starter Pack,’ a neuro-fueled affair that finds them shattering the stereotypes at breakneck speed.

From the onset of the opening strings of the titular offering, “Nerd Starter Pack” slowly creeps into the periphery with a suspenseful intro to signal the fact that class is officially in session. Without wasting any time, the trio dives headlong into the brain-battering post-apocalyptic churn of heart-pounding drums and choppy synth arrangements. The second lesson on the syllabus arrives in the form of the appropriately named number “Revenge,” which shows them clapping back with some cut-throat retaliation built around a ghostly vocal hook that becomes engulfed by an anabolic propulsion powered by clattering tones to keep your face glued to the textbook. The final cut pulled from the Killerz curriculum comes via the closing cut, “Interference,” a heady offering moving things from the classroom and into the lab to experiment with deeper elements. The beefy bursts of bottom-end act like the bullies on the playground, sporadically stomping around the yard while trippy blips, oscillating lines, ethereal atmospherics and choppy vocal chants help round out the pack on a cerebral note.

While this may be the Russian-born trio’s first issue on the Bassrush catalog, the boys are not exactly strangers. They’ve previously bloodied up the dancefloor at EDC Las Vegas, and then immediately hopped to the other side of the States to play the Bassrush-hosted stage at the enchanted festival, Electric Forest. But their credibility runs deep release-wise elsewhere, as evidenced by a discog that reads like a who’s who list for D&B stables, including RAM, Playaz, Eatbrain, Vision, and Neuropunk from their homeland. The deadly sleuth that is Teddy Killerz comes correct with their label debut, a three-track masterclass on how to craft killer neurofunk—so you better be taking notes.