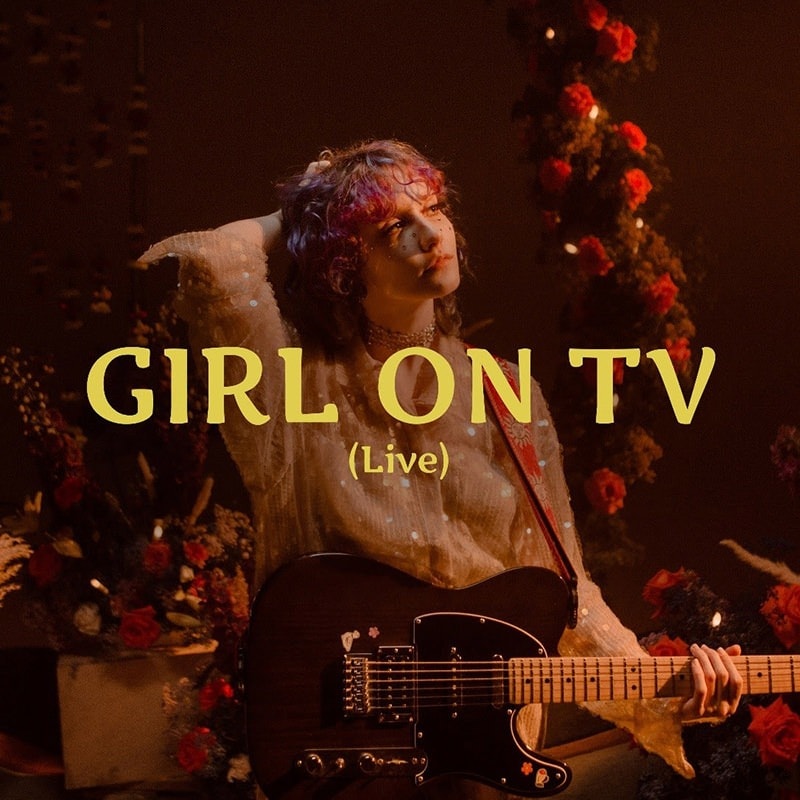 Chloe Moriondo has shared a live performance video of latest single “GIRL ON TV,” which is streaming now on the artist’s official YouTube channel. The video finds Moriondo stripping away the track’s pop production and delivering a captivating performance accompanied only by her electric guitar, showcasing the young artist’s prowess as a songwriter and performer.

The eighteen-year-old has released a spate of singles this year, sharing “GIRL ON TV” in November after August track “I Want To Be With You,” which premiered via Flaunt Magazine and was lauded by The New York Times as “acutely observed bedroom pop … served with a side of arena-emo triumph.” Racking up critical praise from Billboard, E!, UPROXX, and more, Chloe has also lent her distinct voice to others, recently appearing on tracks with Tessa Violet, mxmtoon and X Lovers.

In June, the singer-songwriter shared “manta rays,” serving as a reflection on unhealthy devotion and infatuation amidst dreamy guitar tones. Earlier this year, Chloe released the Spirit Orb EP – a four-track collection produced by Cavetown. Single “Kindergarten” premiered via FLOOD Magazine, who praised the artist as “a force to be reckoned with.” Track “Ghost Adventure Spirit Orb” found Moriondo musing on her own coping mechanisms for mental illness and adding electric guitar to her signature ukulele sound.

Chloe kicked off the year supporting Cavetown along his UK and European tour after spending much of 2019 on the road and playing sold-out headline performances at New York City’s Mercury Lounge and The Moroccan Lounge in Los Angeles. In 2018, Chloe Moriondo shared her debut album Rabbit Hearted., which has garnered nearly 60 million streams.

At age eighteen, Chloe Moriondo professes to be an “internet kid,” yet she tackles overwhelming infatuation, listless daydreams, and first love with keen empathy that’s unsearchable online. With her relatable, confessional lyrics, the singer-songwriter has built a devoted fanbase of millions across all social platforms, sharing her authentic self to create a genuine connection with her listeners.