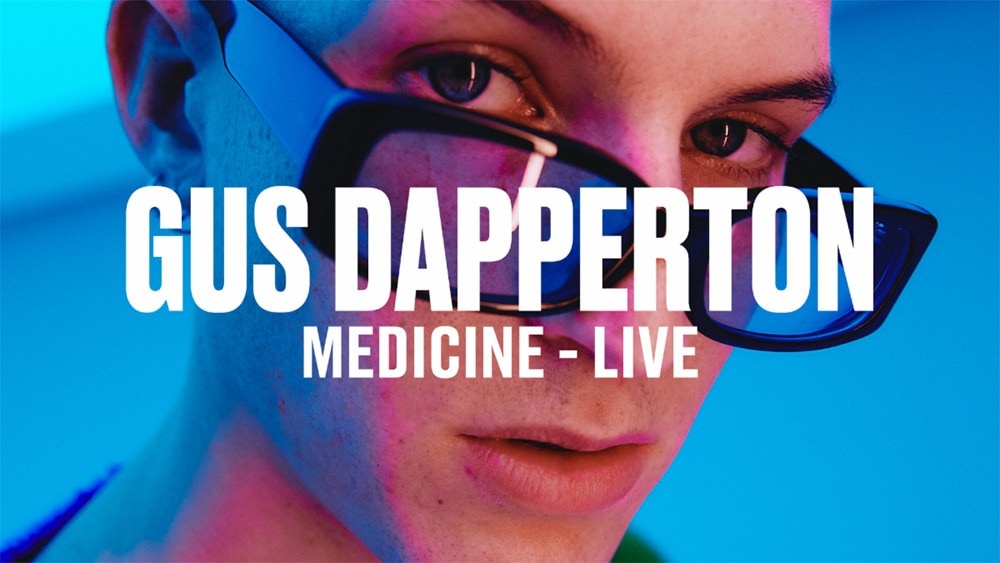 Vevo has released Gus Dapperton‘s DSCVR performances of “Medicine” and “Post Humorous.” Both tracks are off Dapperton’s new album Orca, with The Line of Best Fit applauding it as “his most transparent and honest piece of work yet” and DIY praising the album for “showcasing an artist stepping up musically, while also finding strength in his vulnerability.” Vevo DSCVR focuses on the development of emerging artists, through performance content and careful curation. Vevo has a long history of helping emerging artists break through to new and wider audiences. Past alumni of Vevo’s DSCVR series include Billie Eilish, AB6IX and Alfie Templeman. Vevo is committed to working with artists at an early stage of their career to create unique content that brings their music to life visually and provides exposure to new audiences through the platform.

Combining a strong visual component with dreamily produced songs, sophisticated songwriter Gus Dapperton is known for colorful narrative videos and lovestruck songs that channeled 90’s influences. Working with mostly analog instruments and playing, arranging, and recording everything himself, Dapperton started releasing music in his teens, breaking through his 2017 single “I’m Just Snacking.” The song and video quickly went viral, and before long he was touring and created a song for the Netflix series 13 Reasons Why.

2019 saw the release of his full-length debut album, Where Polly People Go to Read, which included the hit single “World Class Cinema.” In December, Dapperton was a featured guest artist on Benee’s single “Supalonely” and released his new album Orca in September. Dapperton’s 2020 wrapped up with him being a featured artist in Surf Mesa’s “Somewhere” video for Vevo’s 2021 Artists to Watch.

“Medicine” and “Post Humorous” are now streaming on all platforms. Keep up with exclusive content from artists all over the world on YouTube.com/Vevo.