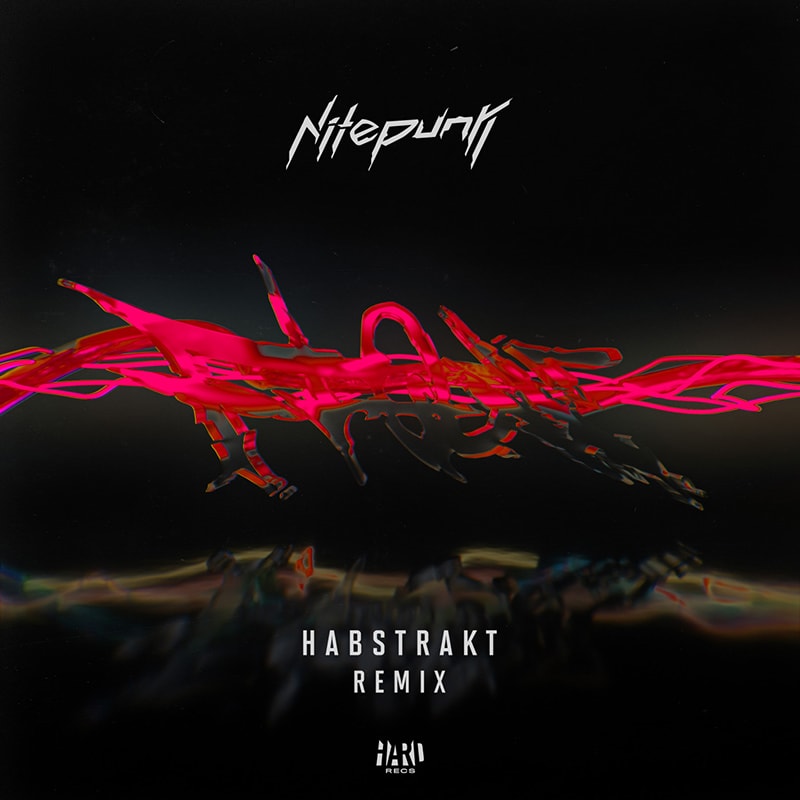 In the aftermath of Nitepunk’s debut appearance on HARD Recs by way of his grungy breaks-fueled single, “Flow,” the Brooklyn-based artist is opening the floodgates back up to usher in a remix from the mighty Habstrakt.

During the final stretch of 2020, the bass music rebel currently operating from NYC—originally born in the country of Georgia—dialed into his freethinking philosophy on music by coloring outside the lines on his inaugural release with the HARD crew. As someone who is notorious for sticking it to the status quo, his debut single “Flow” lived up to every last expectation. Saturated with straight-up originality, the gritty breakbeat number fought against the current with its deliberately rough synth riffs and heart-racing vocal hook. While the riotous record continues to make the rounds, Nitepunk couldn’t hold off on pumping out a rework from an artist that is known to operate on a similar wavelength.

Habstrakt rushes in to redirect “Flow” with a fresh spin that finds the French chef getting into a little rule-bending trouble of his own. Opening up with sharp percussive creating a surging velocity behind the intro’s echoing vocal loops and reverberating basslines. Soon enough, wailing synthlines start to circulate the channel as it signals to the incoming torrential force about to take hold. The shuffling rhythm picks up extreme momentum, spilling in with a deluge of growling low-end, blips steadily whirling up a crescendo, cunning vocal chops scattered throughout, and a storm of energy that sees Habstrakt hitting the high-water mark yet again.

The remix has been blowing up the online space with support rolling in from all corners of the world. It has found its way into quality livestreams and radio shows alike, including Annie Nightingale’s Monstercat Takeover, Pasquale Rotella’s Night Owl Radio show, Dr Fresch’s House Call Radio, Zeds Dead’s Deadbeats Radio, AC Slater’s Night Bass livestream, Afrojack’s Jacked Radio, MARTEN HØRGER’s mix for On the Record (Insomniac Radio), and many more.

After shelling out two solid singles on Insomniac Records via “Show Me” and “Gotta Be,” it’s a much-welcomed sight to see Habstrakt step into the frame to add in an entirely new dimension of scratchy low-end to Nightpunk’s debut on HARD—all while retaining the head-spinning spunk of the original.