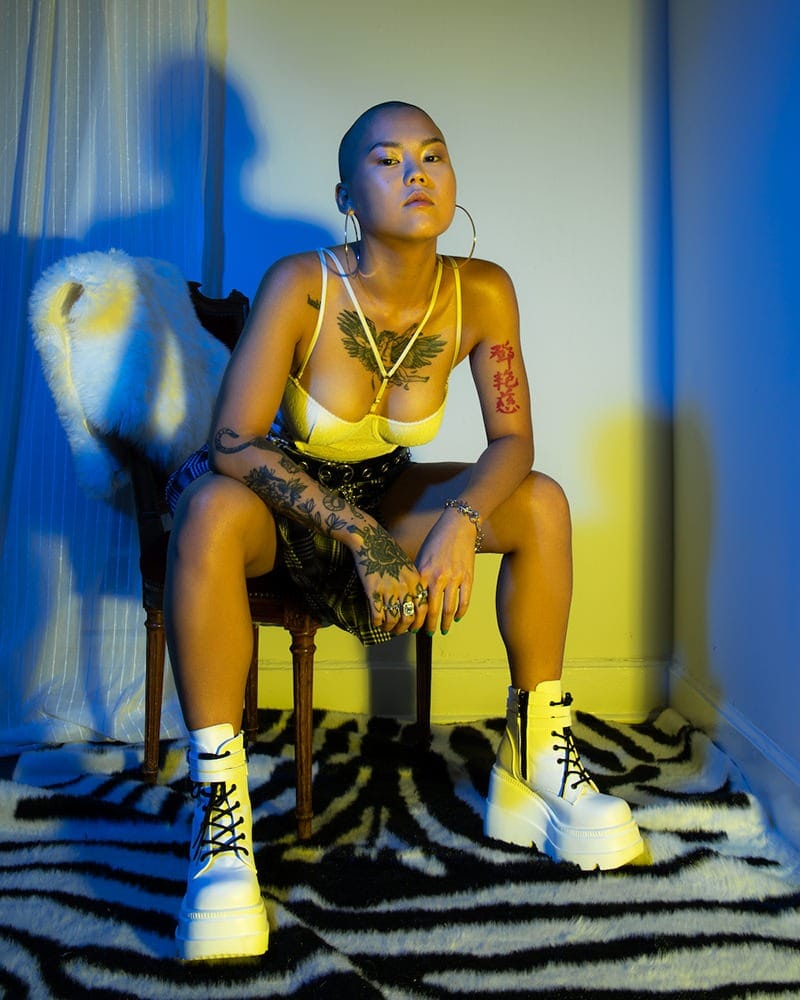 Rising pop songstress Chloe Tang has released a powerful new single, “Sad About Me“, available now at all DSPs and streaming services along with a visualizer, streaming now on Chloe’s official YouTube channel.

“Sad About Me” marks the latest track release from Tang’s eagerly awaited new E-PITY-ME EP, due to arrive later this year. The EP was previously heralded by the irresistible first single, “Copycat,” available for streaming HERE; the LIXA-produced track is joined by an equally colorful official visualizer, streaming now at YouTube.

“I wrote this song during a time I was dealing with seasonal depression and other life things which made me question if my state of low was driven by my relationship,” says Tang. “The realization that my sadness wasn’t actually about a boy made the song empowering in a twisted way, because I was able to embrace the unhappiness without feeling guilty about it.”

With more than four million monthly listeners and over 4 million worldwide streams thus far, Chloe Tang is quickly proving a modern pop sensation. Blending raw lyricism, melodic hooks, and R&B-fueled beats, the Phoenix, AZ-born, Los Angeles-based singer-songwriter has crafted what she describes as “music about real emotions and experiences – not what people think pop music should be” on a string of increasingly acclaimed releases including such tracks as “Hype,” “Fanning The Flame,” and “Take Care,” the latter hailed by Atwood Magazine as “a feelgood embrace of love’s high highs…a catchy pop banger ready to soak up summer’s sweetness.” A proud Asian-American who pays homage to her Chinese heritage throughout her multifaceted artistry, Tang grew up immersed in music, training on the piano from the age of five before adding guitar (and saxophone) a few years later. She studied songwriting at the University of Colorado before embarking on what is shaping up to be a uniquely brilliant career, with highlights already including an unprecedented performance supporting Dua Lipa at a sold out Fillmore Auditorium in Denver. Now, with “Sad About Me” and her impending E-PITY-ME EP, Chloe Tang is poised to ascend to even greater heights. Tang will celebrate with an eagerly anticipated series of creative live performances surrounding the EP’s release later this year – for updates, please visit www.chloetangmusic.com.