Ashnikko Shares Vevo Live Performances of “Daisy” and “Deal With It” 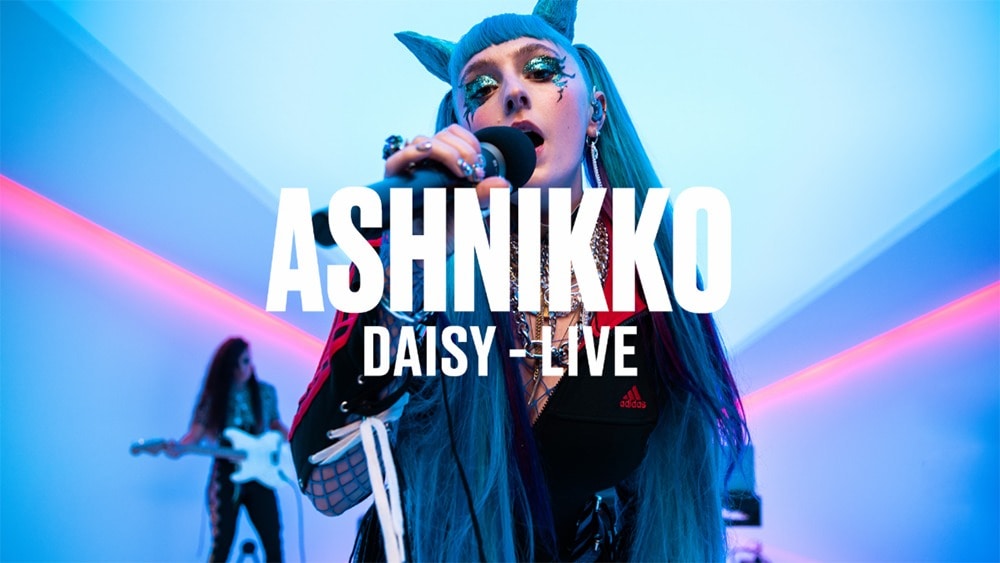 Vevo has released Ashnikko’s DSCVR performances of “Daisy” and “Deal With It” off her new mixtape Demidevil. Vevo DSCVR focuses on the development of emerging artists, through performance content and careful curation. Vevo has a long history of helping emerging artists break through to new and wider audiences. Past alumni of Vevo’s DSCVR series include Billie Eilish, AB6IX and Alfie Templeman. Vevo is committed to working with artists at an early stage of their career to create unique content that brings their music to life visually and provides exposure to new audiences through the platform.

London-based, American-born rapper and singer Ashnikko makes genre-bending hip-hop and electronic pop, marked by her hyper-stylized, anime and video game-influenced persona. Art, music and sexual liberation are the three most potent ingredients in Ashnikko’s rebellion. Born and raised in suburban Greensboro, North Carolina, her parents raised her on a musical diet comprised exclusively of country music and Slipknot. Spending her teenage years in Eastern Europe, Ashnikkoburied herself in music, listening exclusively to female artists until she was 17 – specifically proudly feminist and sex-positive female artists – all of whom shaped her early sound. As soon as she turned 18, she moved to London and spent her nights wandering nightclubs and open mics, eventually establishing a home for herself in the community.

In 2017, she released a digital EP, the Raf Riley-produced Sass Pancakes, which included the track “Krokodil.” A second EP followed in 2019, Unlikeable, featuring the song “No Brainer.” In 2019, Ashnikko returned with the five-track EP Hi It’s Me, which featured “Stupid” with Yung Baby Tate. “Stupid” went viral on several platforms, helping it reach number one on both the Billboard Bubbling Under Hot 100 chart and the Bubbling Under R&B/Hip-Hop chart. That same year, she toured with Danny Brown, before releasing “Cry,” her collaboration with Grimes, in June of 2020.

“Daisy” and “Deal With It” are now streaming on all platforms. Keep up with exclusive content from artists all over the world on YouTube.com/Vevo.