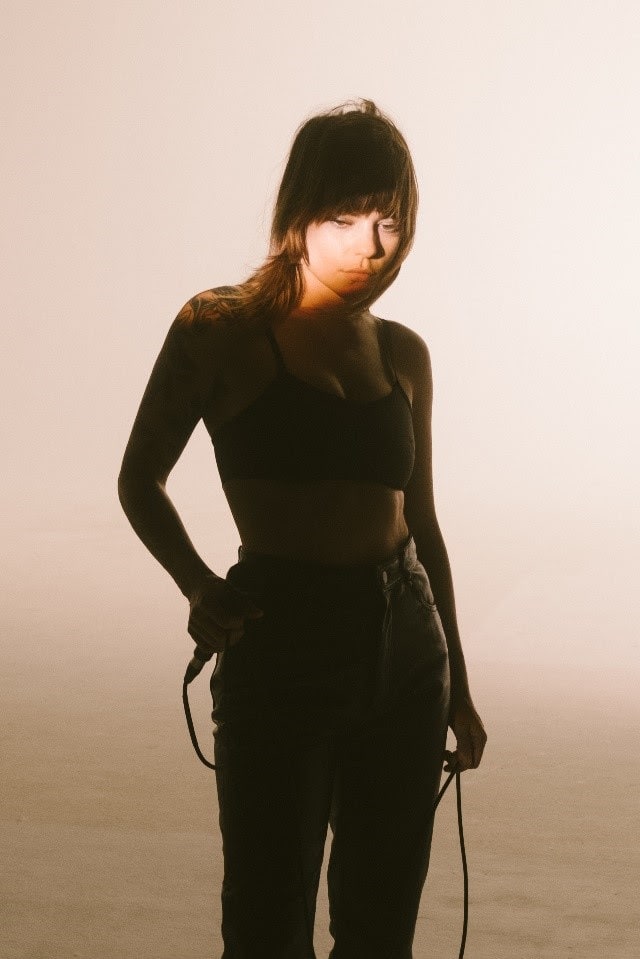 Donna Missal gives an emotional live performance of “Let You Let Me Down” in her new video. The striking clip was directed by English filmmaker Rodrigo Inada, who also helmed Donna’s “How Does It Feel” video. The song is from her sophomore album, Lighter (Harvest Records). Donna has amassed over 50 million combine global streams across all of her songs.

“I reached out to Rodrigo on Instagram DM over the summer while quarantined, and asked if he would want to make something together despite my being in L.A. and him being in London,” explains Donna Missal. “The relationship through our devices became the context of the things we made together. Rodrigo directed this video over Facetime, and screen sharing in real time, while my band and I performed the song. I wanted to do something live in the absence of touring, but with the intention of reinterpreting what it meant to perform live, in a time where we can only experience it through a screen. Rodrigo really understood that.”

Donna says, “I got to a point in writing the album that I had said everything I wanted to say about someone else fucking up. I wanted to talk about the role I played in letting something consume me and burn me down. In ‘Let You Let Me Down,’ I’m addressing that I need to change too, so I don’t rebuild myself the same way but come back from it stronger and better.”

Look for Donna to release new music this spring and get a sneak peek at what she’s been up to in this TikTok video.