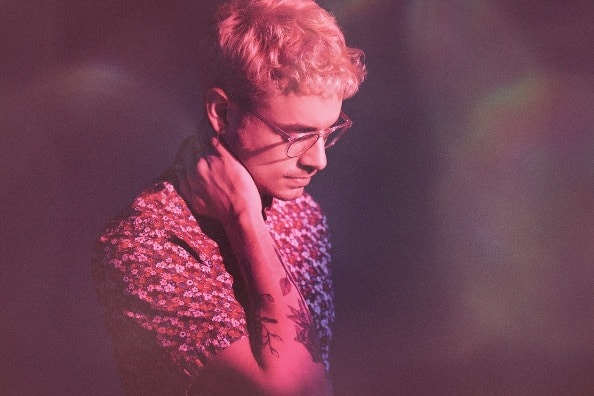 LA-based pop artist Horace Bray has announced his new EP Fame, Fortune, and Perfume, due out February 26, 2021. Alongside the announcement, Bray has shared a new single, “Let Go,” a skying, U2-inspired vista dedicated to making sense of big city parties. Described as “a song about the first stages of a fling. It is about the release into the first layer of trusting yourself and the other person as you get to know each other,” fans can check out “Let Go” now at ONErpm.lnk.to/let-go

On Fame, Fortune, and Perfume, Bray shares, “For this project I really wanted to balance the intellectual side of music making with the side that is just meant to make you dance. I strive to make music to relax to and music to mourn to— my favorite parts of life are about balance and I want my music to reflect that theme. This EP represents a blending of all of my influences, both musical and emotional. I feel like it represents my human nature in a very honest way.” “Let Go” is the latest look at the EP, following previously released singles “Get It Right,” “Close to Calm,” and “Waiting For You.” Fame, Fortune and Perfume is available to pre-order now at ffm.to/horacebray

In studying jazz performance and music theory at the University of North Texas, 29-year old Bray became the first undergraduate in 15 years to hold the guitar chair in the Grammy-nominated One O’Clock Lab Band. Since moving to Los Angeles, the guitarist-producer has amassed over 120 thousand Instagram followers for his amicable guitar tutorials and genre-hopping instrumental covers including his spellbinding take on Celine Dion’s “My Heart Will Go On.” He’s played for celebrities like Sofia Carson and Jordan Fisher. All that makes for quite the résumé, but doesn’t even reveal the most exciting part: Horace Bray is blossoming into a singer-songwriter to be reckoned with.

“Fame, Fortune, and Perfume is me putting a stamp on what I can do when left to my own devices,” the Horace Bray attests. The brand new EP — due February 26 — sounds like the missing link between Tame Impala’s sun-kissed grooves and John Mayer’s lush Stratocaster heroics. Self-produced and self-assured, it’s a stunning five-song collection, guiding listeners through Bray’s post-grad travels from New York City to L.A. and all the tumult and heartbreak in between. “Lately I’ve been thinking a lot about how things are framed visually — how things lead into one another,” he says.

Fame, Fortune, and Perfume plays out like a series of snapshots through Horace Bray’s life, navigating relationships, desires, and fears — a constant search for what’s real. The kaleidoscopic title track comes from Bray’s first taste of running with the starstruck L.A. crowd. “There’s a lot of smoke and mirrors, a lot of money being thrown around,” he says. “You’re talking to people that always have their foot in the door just in case something better comes around. There’s some real homies out here, but then you meet people that make you understand why people think L.A. is superficial.”

Beyond Fame, Fortune, and Perfume, expect more innovation, collaborations, and collections of songs. Instead of locking himself away in the studio like so many virtuosos before him, Horace Bray remains constantly accessible: through his quirky TikTok and Instagram covers, livestreams of his originals, and the guitar tutorials that keep him on the pulse of how kids relate to his craft. Fame, Fortune, and Perfume stands as Horace Bray’s introduction to a new world of possibilities.