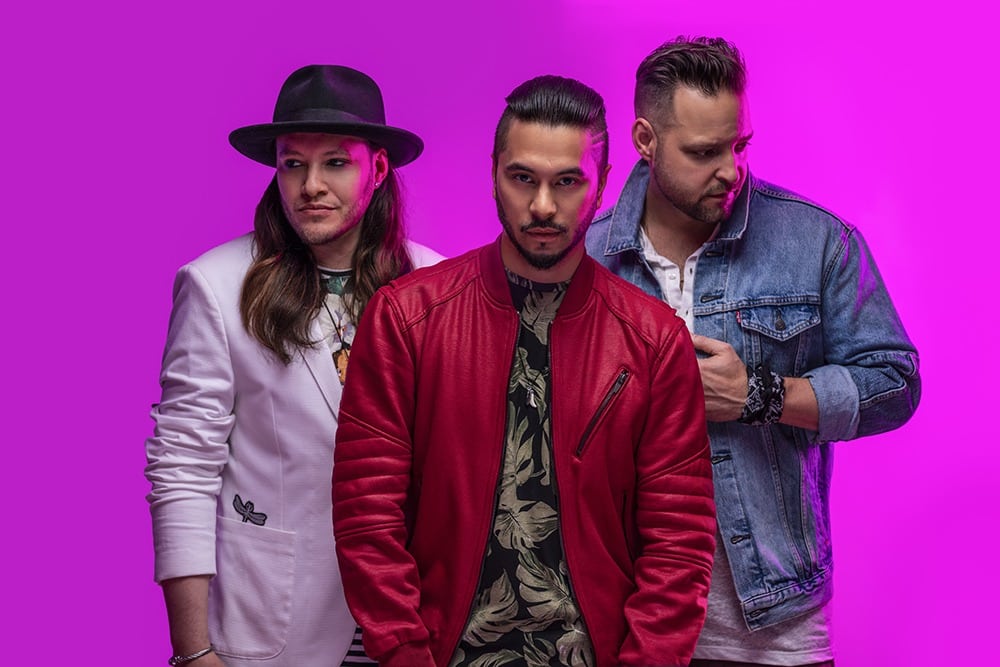 NYC-based alternative pop trio JANUARY JANE is celebrating their signing with BMG, with the release of their new spirited rendition of the Hall & Oates classic “I Can’t Go For That (No Can Do)” available on all digital service providers. You can purchase/stream it here: https://januaryjane.lnk.to/ICantGoForThat

“I Can’t Go For That (No Can Do)” precedes their forthcoming EP, which will come out later this spring. “We’re all fans of Hall & Oates, so we had an absolute blast doing what we do with one of their songs,” says guitarist Mitch C. Mitchell.

January Jane’s neon-drenched take on both modern and ’80s-influenced pop/rock has already earned them a horde of loyal fans with legendary musicologist Matt Pinfield being one of them. “January Jane are one of the most exciting bands to come out of New York City in a long time,” says Pinfield. “Great vocals and musicianship plus songs that are full of infectious hooks and melody. The thing that makes them the real deal and complete package is that January Jane can pull it off live and are known for their energized powerful live shows and delivery. There is obviously an ’80s influence, but their music is modern and perfect for right now.”

“Signing with BMG has put us over the moon,” adds Mitchell about their new recording relationship with the label powerhouse. “We were already on Matt Pinfield’s great indie label, Whiskey Vinyl, but with BMG, it really feels like our family just got a hell of a lot bigger. How excited can a human being get before spontaneously combusting?”

Signing to BMG is an exhilarating moment for the band as they take a brief pause for reflection as they prepare for the whirlwind ahead. As lead vocalist and lyricist Pat Via says, “We feel like we’re at this jumping off point right now. We’re ready. We hope that we’ll soon be overwhelmed!”

“January Jane have been a favorite band of mine for several years,” says John Loeffler, Executive Vice President of BMG New York. “When I first saw them at the Iridium in New York in 2018, I was knocked out by their timeless pop sensibilities and extraordinary musicianship. ‘Where did this band come from,’ I asked myself. Almost never have I seen a band for the first time with such mature writing and production skills. When I later learned that they have been tirelessly writing and recording songs in their studio in midtown for over the last five years I knew BMG had to sign them. Their music is well-crafted and gorgeously performed. Each song sounds like a radio hit and they comfortably embrace their affinity for pop music with all the style and swagger of Aerosmith and Journey.”

Initially formed as a duo after Via and Mitchell met by chance at an art gallery, the two hit it off so well that they decided to start writing music together. Their chemistry was instantly apparent, as they had an outline for their first song sketched out in a mere ten minutes of their first session. The trio was rounded out by keyboardist Peter Scialla, who they met at a private party in NYC’s trendy Meatpacking District. Scialla was playing piano at the gathering and Via/Mitchell were immediately drawn in and decided to play with him on the spot. After the three successfully performed together at the gathering, January Jane’s missing piece had been found once Scialla joined the band.

As Scialla explains, “We’ve put so much into this band. Now we absolutely want to get it out there in a very big way.”