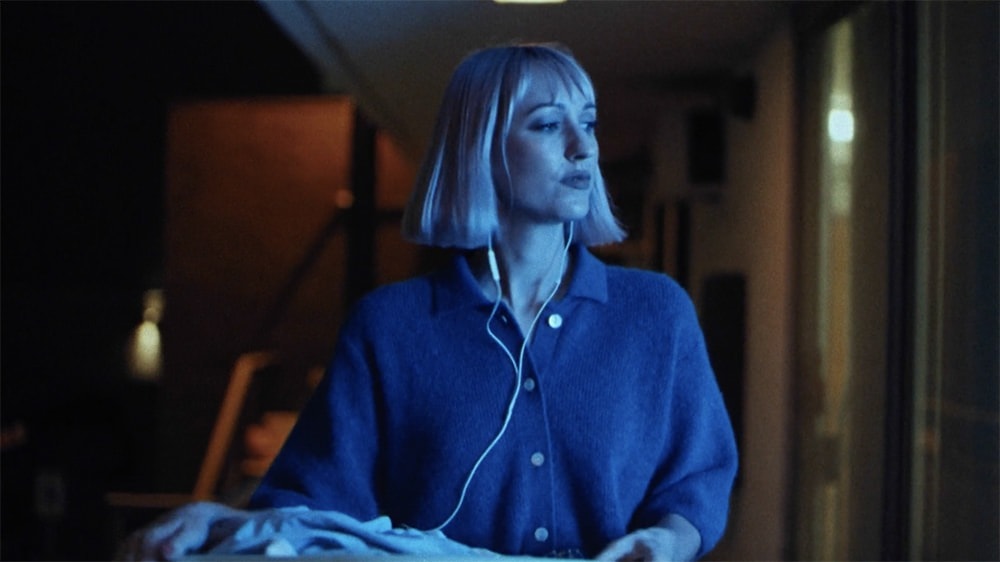 Kito, VanJess and Channel Tres have unveiled the official video for their new single, “Recap.” Directed by Sean Hollihan (DWNTWN) and produced by Matt Morello, the clip plays off the song’s theme of stepping back in time, taking its timing from the infectious beats.

Jumping from past to present and back again, the video follows the lead as she ventures outside her apartment after bedtime. In her recap, she encounters a vibrant party scene with a gaggle of others doing tricks on BMX bikes. VanJess’ Ivana and Jessica are singing and dancing while Channel Tres pulls up in a car with his date and neighbor Kito ventures out to do laundry. Shot in 16mm by Mack Fisher, the camera swirls, keeping viewers off-guard with a succession of rewinds, fast forwards, and slow-motion sequences while the characters multiply on the screen in a surreal feast for the senses. View the video HERE.

Released earlier this month by Astralwerks, the single premiered on “The Zane Lowe Show” alongside a guest interview with Kito. “Recap” was subsequently featured on the cover of Apple Music’s ‘New Music Daily’ and took the #1 position on the playlist, in addition to the myriad of playlisting across all other DSPs. Internationally, Triple J in Australia, Kito’s native country, gave the song its first spin at radio.

“Recap,” which was written during a magical weekend spent working in Bob Dylan’s legendary Airstream, located at Rick Rubin’s Shangri-La studio in Malibu, CA, is the latest in Kito’s series of infectious collaborations, which have helped solidify her as one of the most in-demand producers of the moment. Download / stream “Recap” HERE and check out Kito’s Diplo & Friends Mix HERE.

Stereogum said, “[‘Recap’ is] a warm, spry, engaging piece of dance-pop, and it shows a real sense of chemistry from all three artists.” PAPER noted the song “plays like a funkier spin on the darkened house of ‘Wild Girl’…Channel Tres and VanJess are more than able to hold their own over the infectious beat.” Hailing “Recap” as an “infectious piece of pop,” E! said, “this one’s just a damn good time.” HotNewHipHop observed, “Kito delivers an upbeat, garage-type beat for VanJess and Channel Tres to glide over with infectious melodies to soundtrack the honeymoon stage of any relationship.” “Like a scoop of Neapolitan ice cream, the trio is deliciously decadent and refreshing,” marveled Billboard, which also praised the “whimsical, slice-of-sunshine production.”

“Recap” is Kito’s first release since “Follow,” her collaboration with ZHU and Jeremih. Released in August 2020, the song has since amassed more than 10 million combined global streams. Now based in Los Angeles, Kito made her Astralwerks debut with the single “Wild Girl” alongside Empress Of, which became a top 10 hit at U.S. Dance radio. “Alone With You,” her collaboration with electronic music duo AlunaGeorge, followed in early 2020.