Gang Of Youths Share New Single, “in the wake of your leave” 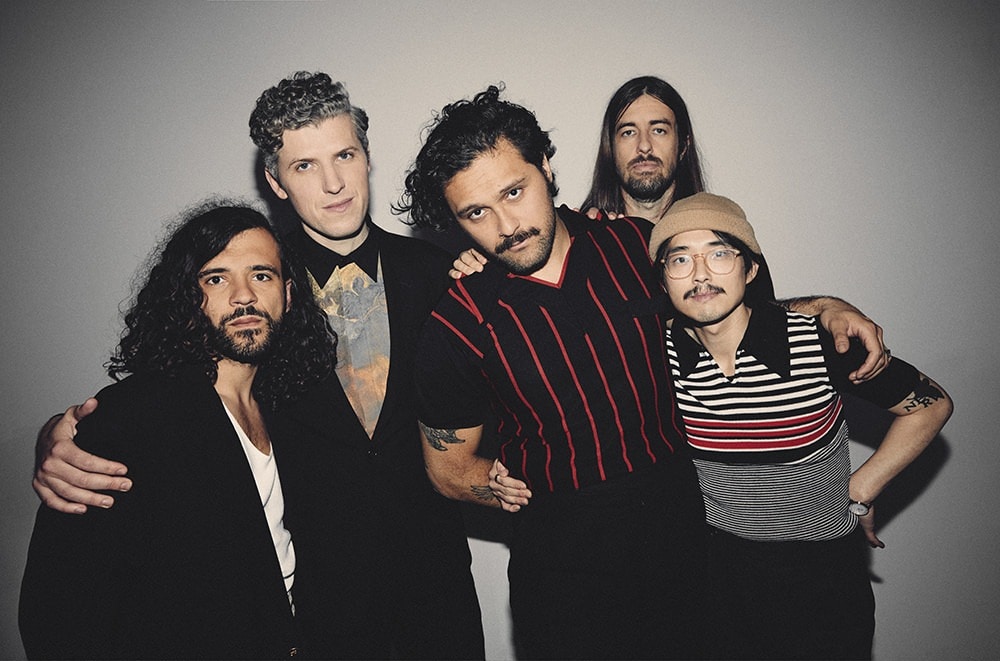 Gang of Youths ended 2021 with a bang, returning to late night TV with their performance of “angel of 8th ave” on The Late Show with Stephen Colbert as well as a run of sold out shows overseas. Now the band again pick up the pace for a huge year ahead by sharing their new single “in the wake of your leave.” The track is the latest to build momentum ahead of the release of their highly anticipated new album angel in realtime. on February 25th.

Of the song, frontman Dave Le’aupepe says, “I wanted to reflect on how I became dependent on grief for solace and inspiration. The cycle from numbness to acceptance to yearning plays a role in my approach to grieving my dad’s death. As a result, most of the time, I feel a bit futile as a person.”

angel in realtime. is available to pre-order here. Formats include digital, double white vinyl and CD, while HMV and select independent stores offer a special edition of the vinyl which feature an alternate cover. Gang of Youths recently filmed live versions of album track “the man himself” as well as fan favorite “Magnolia” from the band’s 2015 debut album, The Positions. Gang of Youths recently announced a North American tour in April and May ahead of summer festival season.