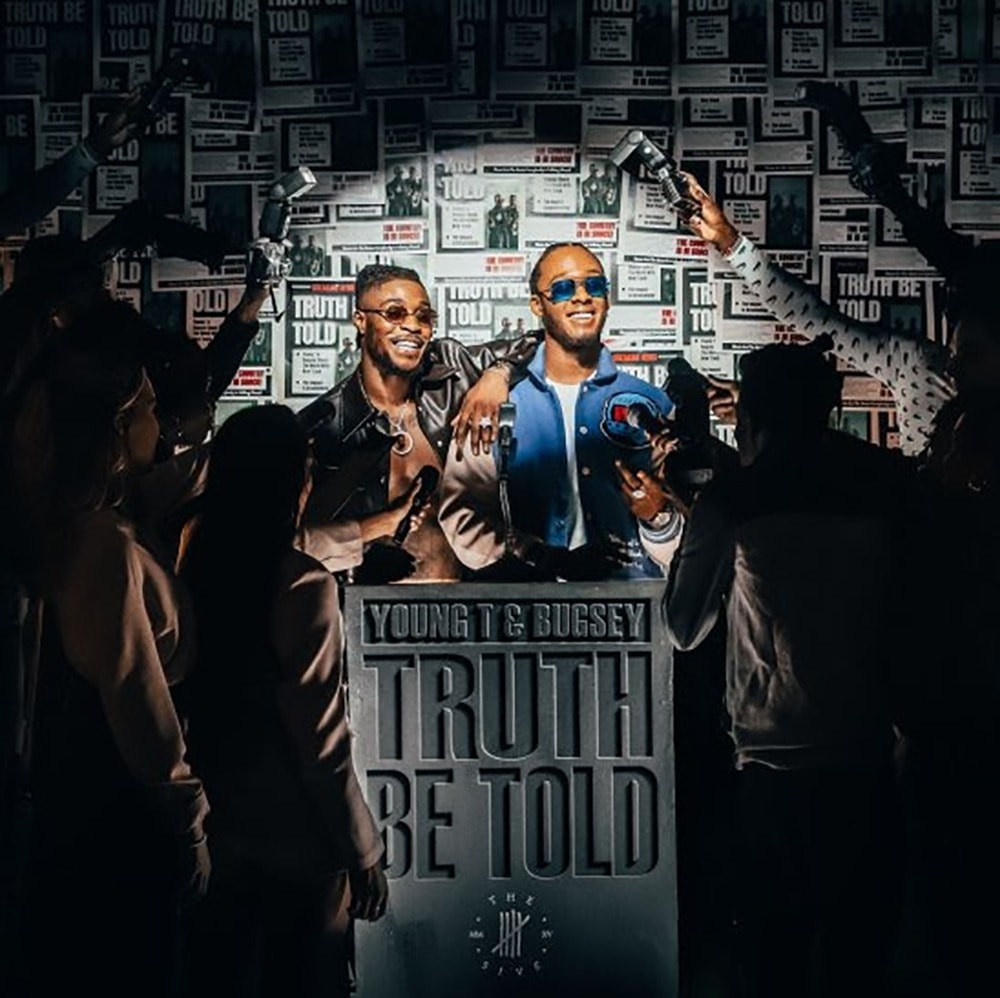 The new single is fueled by a stripped back beat that the pair ride effortlessly, this time assisted by the enticing sounds of Jamaican singer and songwriter, Chronixx. Young T & Bugsey’s signature genre-infusing delivery, paired with Chronixx’s captivating vocals, couple up to create a track that flawlessly celebrates the pair’s African and Caribbean heritage. The new single lands with a poignant lyric video that sees touching memorabilia of Young T & Bugsey’s childhood and loved ones.

It comes just weeks before the release of Young T & Bugsey’s brand new mixtape Truth Be Told, set for release on January 21st via Black Butter Records. The new project follows colossal debut Plead The 5th, which boasts over 1bn+ Global Streams and is home to some of the pair’s biggest singles to date. Featuring 2021 offering’s Big Bidness and Prada Bae, the tape includes 15 songs which all display the pair’s commitment to their sound knowing no bounds. It’s this musical dexterity that has earned them a stamp of approval across the UK and beyond, this time joining forces with some of the most exciting names in the UK and internationally. The pair flourish on songs that explore the complexities of relationships, reflections of how far they have come, whilst still fulfilling the need for a classic Young T & Bugsey hit.

“After the success of our debut project, Plead The 5th, with stand out Hits like Strike a Pose and the worldwide smash Don’t Rush, we knew we had to take our time with our follow up mixtape. ‘Truth Be Told’ continues the illustrious run of head jolting, dance floor prompting Young T & Bugsey music, with an added flair this time around and refreshing sense of musical and personal growth! We’re excited for fans to go on this journey with us.” Young T & Bugsey says.