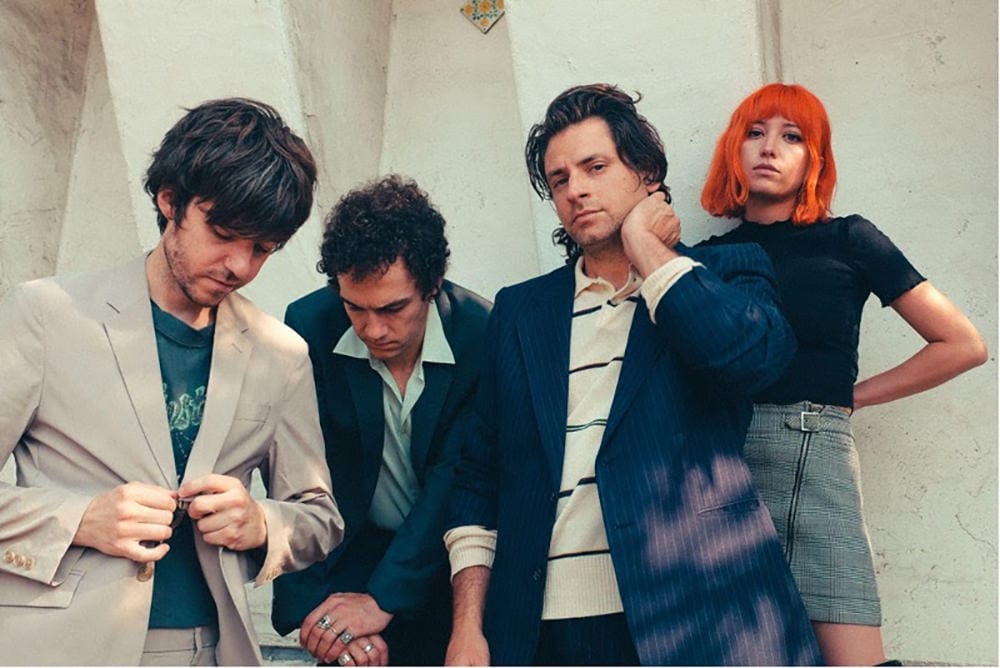 Los Angeles, CA’s Lo Moon – comprised of Matt Lowell, Crisanta Baker, Sam Stewart, and Sterling Laws – have announced their highly anticipated sophomore album, A Modern Life, set for release on February 25th via Strngr Recordings/Thirty Tigers. A Modern Life is the band’s way of navigating through struggles with identity and expectation – but at its core, remains filled with hope and a desire to stay true to oneself. Produced by the band, the album features additional co-production by Yves Rothman (Yves Tumor, Miya Folick), as well as Chris Walla, who helmed their 2017 self-titled debut.

In conjunction with the album’s announcement, the band has released a brilliant new song called “Raincoats,” a track where the vocals echo into a shuffling groove eventually leading to the climactic rush of electric guitars and modulated synths. “Raincoats” follows the incredible track “Dream Never Dies,” which was released to acclaim this past fall.