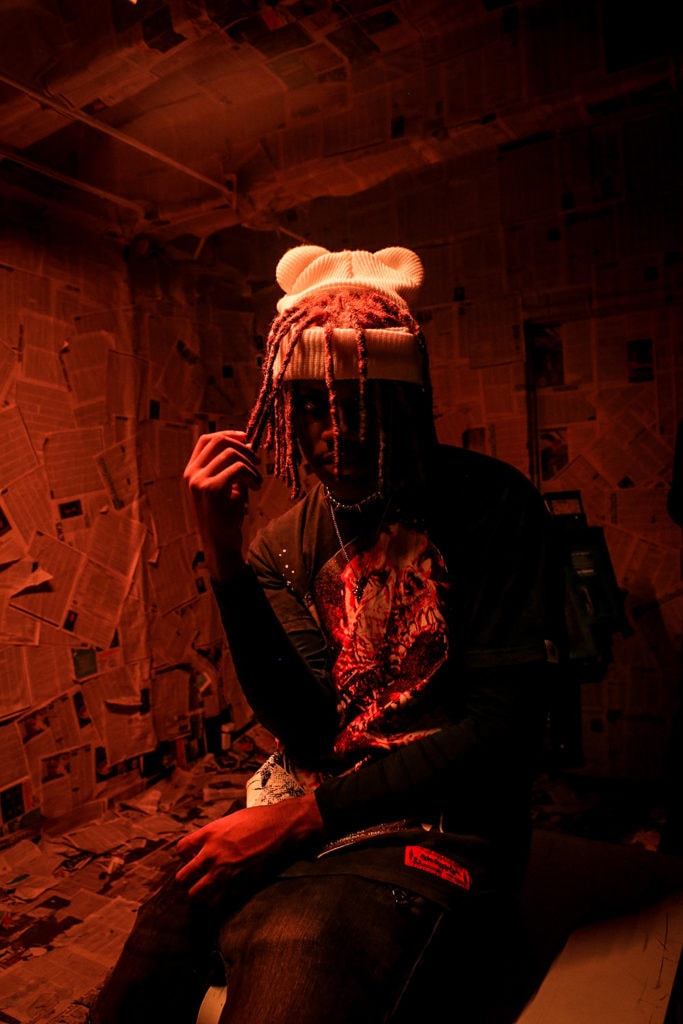 The video, directed by acclaimed LA videographer Isaac Garcia, perfectly visualizes the aforementioned themes found throughout the song’s lyrics with artful cinematography and visual effects. From the get-go, the video is horror-esque, cutting from a shot of a hand touching a television screen filled with static to the agonized rapper sitting in a dressing room, surrounded by lockers whose doors swing violently and autonomously, as if possessed by demons – something the track is heavily inspired by. “

“When I feel really alone & all I have is myself, demons seem like a sense of company,” says DEATH2KALON on the inspiration behind the track’s lyrics.