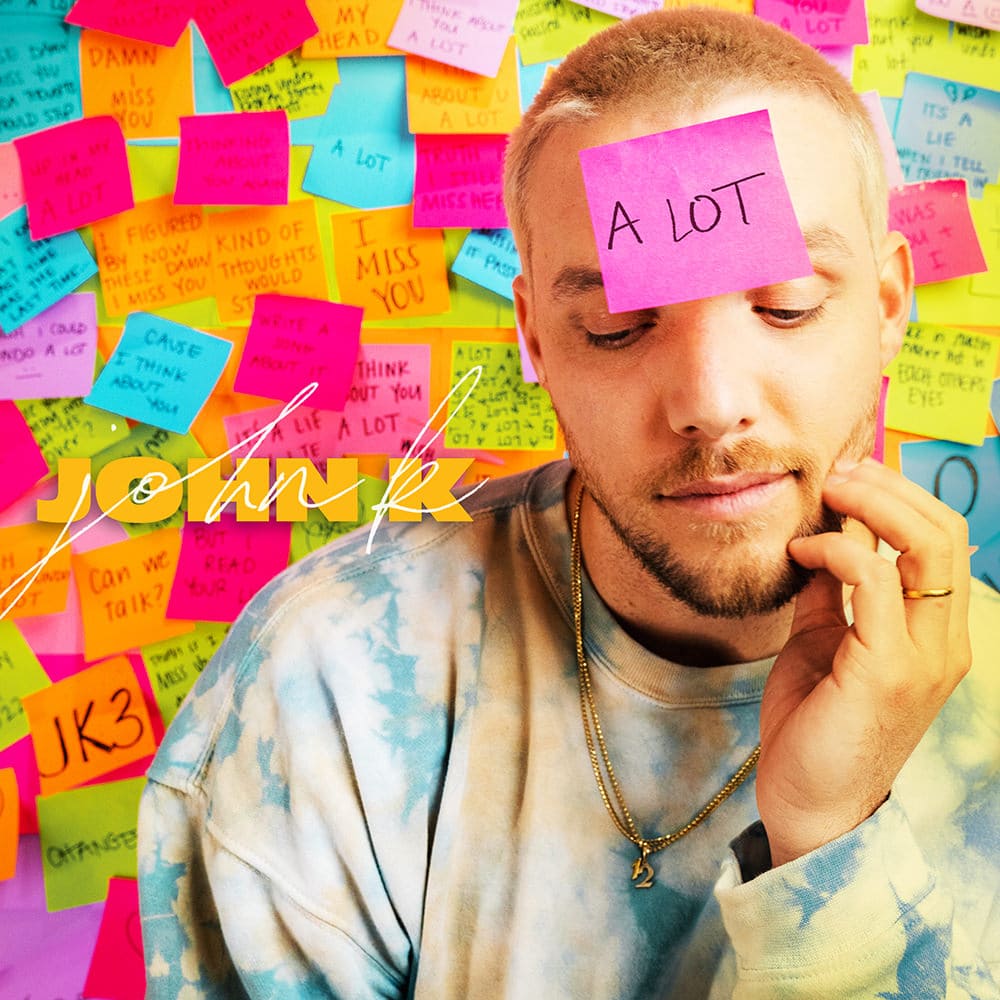 Kicking off 2022 and another chapter with a bang, RIAA-certified platinum singer/songwriter John K has unveiled a brand-new single entitled “A LOT” today. Watch the official music video now below.

The WYNNE [MGK, Jaden Smith] produced track sees John teaming up again with songwriter Steph Jones, with who he co-wrote his hit single “if we never met.” In “A LOT,” he ponders the dissolution of a relationship as a head-nodding clean guitar riff bops in the background. Thinking of his ex, he wonders, “Do you ever wear my sweatshirt when it’s colder?” While the chorus takes flight, finger-snaps underscore his hypnotic high register as he confesses, “I think about you a lot.”

“I never realized how often I say the word ‘a lot’ until I wrote this song,” explains John. “The story is about that feeling when you can’t get someone out of your head, except for now that person is out of the picture. It’s about replaying memories over and over, thinking about the person you wish you never lost. A simple concept really, but I felt like it was one my fans would relate to right away. You ever mess something up so bad and then all you have left is the memory of how good it used to be? That’s A LOT.”

Directed by Erik Rojas [Jessie J, Dillon Francis], the accompanying visual brings his words to life. It intercuts memories of happier moments with vignettes of John K alone in the bar and even dancing outside—as bewildered neighbors watch.

Next up, JOHN K is set to support Marc E. Bassy on his North American winter tour. It kicks off on February 14 at the Varsity Theater in Minneapolis, MN, visits major markets coast-to-coast, and concludes March 12 in San Diego, CA at Observatory North Park. Check out the full itinerary below and visit www.ticketmaster.com to purchase tickets.